SHIAC adheres to the strategy of internationalisation and professionalism. Since 2013, SHIAC has consecutively established the China (Shanghai) Pilot Free Trade Zone (FTZ) Court of Arbitration and the Shanghai International Aviation Court of Arbitration (SIACA), which respectively represented the leading practice in Chinese FTZ area and the world’s first aviation arbitration institution. Up to the end of 2020, the FTZ Court of Arbitration had accepted more than 886 cases. In addition, in the second BRICS Legal Forum and the sixth Forum on China–Africa Cooperation Legal Forum, SHIAC also established two other platforms, the BRICS Dispute Resolution Shanghai Center and the China–Africa Joint Arbitration Shanghai Center.

To mitigate the negative impact of covid-19, SHIAC introduced virtual hearing and other online procedural management to avoid unnecessary delays in ongoing cases. Meanwhile, SIACA launched the aviation dispute resolution Green Passage, officially the Shanghai International Aviation Court of Arbitration “Arbitration Aids Aviation” project, to relieve the burden on aviation enterprises. In this project, SHIAC provides some incentives as the mediation cases accepted only charge a case registration fee of 1,000 yuan, without any further mediation fees, and arbitration fees will be partially reduced for arbitration cases.

SHIAC is governed by the Board Committee, which is composed of leading professionals and practitioners in the field of law and various industries.

SHIAC provides professional secretarial services. Currently, there are 23 case managers, with an average age of 32. All of them graduated from prestigious domestic and foreign universities and the average work experience is 8.83 years. About 80% of the case managers have graduate degrees, and 52% have overseas study backgrounds. The arbitration can be administered bilingually.

SHIAC has a panel of arbitrators, made up of 958 arbitrators. They come from 74 countries and regions. On Mainland China, there are 598 arbitrators, while the 360 who make up the remaining 37.58% are from the Hong Kong SARS, Macau SARS and Taiwan region.

SHIAC introduced a panel of mediators in line with the Mechanism of Mediation by Mediator under the China (Shanghai) Pilot Free Trade Zone Arbitration Rules. There are 42 members in the current panel, including 40 in China and two foreign mediators.

Centrally located in Shanghai, SHIAC provides prime facilities to support daily operation at consultation, registration, hearing and medium-size conferences. Apart from the headquarters, SIACA lies in Hongqiao Airport Economic Park adjacent to Shanghai Hongqiao Transport Hub and National Exhibition and Convention Center (Shanghai). The FTZ Court of Arbitration moved to the Shanghai International Dispute Resolution Center in 2019, which is also home to the Shanghai Arbitration Association and Singapore International Arbitration Centre Representative Office. SHIAC’s arbitration fee is collected based on the amount of the dispute and SHIAC adopts a cumulative declining system. As the amount of the dispute increases, the arbitration fee charged by SHIAC is more cost-effective. 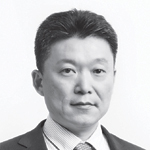