A chamber that contributed to the history of arbitration in Brazil

The Brazilian Arbitration Act of 1996 was enacted with strong collaboration and support from Ciesp and Fiesp, and it is not an overstatement to say that The Chamber Ciesp/Fiesp, founded in May 1995, helped to shaped arbitration in Brazil, in line with the highest international standards.

In its 25 years of activity, the Chamber Ciesp/Fiesp has provided administration services to conciliation, mediation, dispute resolution boards and arbitration proceedings involving contract-related disputes. As one of the leaders in the Latin- American market, The Chamber Ciesp/Fiesp has administered over 680 cases and receives around 50 new cases yearly and US$250 million worth in new disputes.

The Chamber Ciesp/Fiesp has administered cases from different contractual arrangements, including infrastructure and construction, energy, M&A and society disputes, joint ventures, franchising, international and national sale of goods. It also has extensive experience dealing with an array of cases involving Brazilian public entities and state-owned companies.

An independent and renowned team with vast international experience

Its Secretariat and management teams have full autonomy and independence, following the best international practices. The Chamber Ciesp/Fiesp is presided over by former justices and former chief-justices of the Brazilian Supreme Court (the Federal Supreme Court) Sydney Sanches and Ellen Gracie, and draws upon a suggested list of arbitrators and mediators made up of renowned jurists and practitioners in both the Brazilian and international scenarios.

The Secretariat team, comprising lawyers with international backgrounds and education, is competent to administer proceedings in Portuguese, English and Spanish. The Chamber Ciesp/Fiesp has a strong international experience and has administered arbitration cases with parties from over 13 jurisdictions, under both its own Rules and under the UNCITRAL Arbitration Rules.

Modern set of rules on arbitration, experience with UNCITRAL Arbitration Rules and Code of Ethics

In addition to its modern Arbitration Rules, The Chamber Ciesp/Fiesp also have specific rules concerning important aspects of complex arbitrations, such as emergency arbitrator, third-party funding, and publicity of cases involving the Public Administration and Entities. It also has a Code of Ethics, directing the expected behaviour of all involved in dispute resolution and aiming to guarantee compliance with independence, impartiality, party autonomy and diligence.

The Secretariat also has vast experience administering cases under the UNCITRAL Arbitration Rules, and the Chamber Ciesp/Fiesp was a pioneer in Brazil allowing for the use of this set of rules in addition to its own.

The Chamber Ciesp/Fiesp has its own modern hearing centre, located in the iconic Fiesp building, a landmark in the heart of Paulista Avenue in São Paulo, saving parties the cost of renting facilities for hearings.

The hearing centre has capacity for 30 people in addition to a professional Secretariat, IT and audiovisual support teams, and two private meeting rooms for the parties’ use. In addition, The Chamber benefits from Ciesp/Fiesp’s general infrastructure with a restaurant and over 10 meeting rooms, three auditoriums and a theatre with capacity for up to 450 people, which may be used if necessary to meet the needs of the case.

It also has infrastructure and experience to conduct virtual hearings and all proceedings may be electronically held, if so desired by the parties or the Tribunal. All Secretariat administrative activities are electronically supervised and managed. 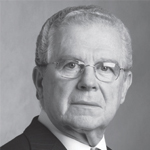