The Asian International Arbitration Centre (AIAC) is a not-for-profit, non-governmental international arbitral institution, established in 1978 under the auspices of the Asian-African Legal Consultative Organization (AALCO).

The AIAC is a multi-service ADR hub with expertise in matters from various regions, and acts as an alternative hearing venue for multiple institutions. Its network comprises international practitioners, businesses, trade associations and stakeholders from various industries – and extends into state departments, government authorities and inter-regional organisations. The AIAC recently expanded into holistic dispute management and dispute avoidance. Its panel of dispute resolution professionals comprises over 2,000 individuals from over 78 countries.

The AIAC Fast-Track Arbitration Rules, which are opt-in, are designed for parties wanting to obtain an award in a short time frame with minimal costs; they are especially convenient for timecritical and/or straightforward disputes. Proceedings under these Rules can be conducted on a document-only basis or by way of a substantive oral hearing.

The AIAC i-Arbitration Rules, revised in 2018, are the first set of arbitration rules that allow for the resolution of disputes arising from contracts relating to or governed by shariah law or Islamic principles.

The AIAC also administers arbitration matters conducted under the UNCITRAL Arbitration Rules. The AIAC Director acts as the default appointing authority under section 13 of the Malaysian Arbitration Act 2005.

The AIAC can be used as an alternative hearing venue for ICSID cases. In addition, under the 2009 ASEAN Comprehensive Investment Agreement between Brunei, Cambodia, Indonesia, Laos, Malaysia, Myanmar, Philippines, Singapore and Thailand, investment disputes between an investor and a member state can be referred to the AIAC.

With the Court of Arbitration for Sport having recognised the AIAC as its only official alternative hearing centre in the ASEAN region, Malaysia is set to become the go-to place for sports dispute resolution.

With the AIAC named the sole appointing and administrative authority by virtue of Part V of the Construction Industry Payment and Adjudication Act 2012 (CIPAA), it has a key role to play under the CIPAA. The AIAC is also responsible for setting competency standards for adjudicators.

In line with the CIPAA coming into force on 15 April 2014, the AIAC introduced its Adjudication Rules and Procedure to supplement the CIPAA and enable the Centre to provide administrative support for efficiently conducting adjudication proceedings. Since the CIPAA’s inception, the market has registered over 2,600 matters. In 2018, 772 cases were registered with the AIAC.

In other ADR-oriented services, the AIAC also administers mediations pursuant to the AIAC Mediation Rules, and is also in the service of administering domain name disputes. The AIAC was appointed by the Malaysian Network Information Centre (MYNIC) to administer .my disputes, and by the Asian Domain Name Dispute Resolution Centre (ADNDRC) to administer disputes under the ICANN’s UDRP and URS policies, among others. Since 2018, the AIAC has been the secretariat of the ADNDRC.

The AIAC is the world’s first arbitral institution to launch its own suite of standard form of building contracts (SFCs). These aim to be user-friendly and effective; to promote consistency, accountability and transparency; and to fill the gaps in existing SFCs by governing relationships and the rights and duties of interested stakeholders. The AIAC has embarked on a series of roadshows throughout Malaysia to introduce the features of its SFCs and other contracts and explain ADR mechanisms contained therein.

The AIAC Young Practitioners’ Group (YPG) was established in 2017 for rising practitioners under 40, as well as students, who are interested in advancing their careers in ADR. Within a year of inception, the YPG had over 1,240 members from more than 40 jurisdictions. Over 17,000 participants have attended the AIAC’s capacity building efforts. 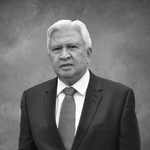