The Tehran Regional Arbitration Centre (TRAC) is an independent international organisation, established under the auspices of the Asian-African Legal Consultative Organization (AALCO). The agreement to establish TRAC was signed by AALCO and the Islamic Republic of Iran on 3 May 1997 and came into force in July 2004, following ratification by the Iranian legislative bodies. TRAC effectively commenced its activities one year later, in July 2005, by publishing its Rules of Arbitration.

Since its establishment, TRAC’s Rules of Arbitration have been essentially based on the UNCITRAL Rules of Arbitration, with some modifications in order to make it suitable for institutional arbitration. As of March 2018, TRAC has launched its new set of Arbitration Rules with the aim of better serving the needs of commercial users at national and global levels.

Compatible with recent trends in international arbitration, the TRAC Rules 2018 recognise the largest possible freedom of the parties in order to decide on many procedural aspects of the proceeding. In addition, the Rules enjoy a mechanism for expedited procedure, as well as the possibility of rendering emergency interim measures.

TRAC provides the most efficient services to the parties in terms of time and costs. While the cost of TRAC arbitration are remarkably lower than many arbitration institutions, arbitrator fees are still sufficient to attract arbitrators to be appointed. In addition, a comparative study of TRAC arbitration and litigation costs in Iran proves the advantages of TRAC over court proceedings.

TRAC arbitration is also fairly speedy. The Centre conducts cases in a very timely manner, and the arbitrators are encouraged and constantly monitored to avoid any unnecessary delay in the proceeding. A recent survey on the users’ opinions as to the efficiency of TRAC arbitration proved a high degree of satisfaction.

TRAC arbitral awards are enforceable in almost 159 countries, as Iran is a party to the New York Convention. In addition, the Iran International Arbitration Act (1997) has been drafted in accordance with the UNCITRAL Model Law on International Commercial Arbitration, and provides necessary privileges for the conduct of international arbitrations in Iran. Therefore, TRAC arbitral awards with Iran as the seat shall be enforced easily in Iran (as domestic award) or outside.

While parties are absolutely free to decide on the seat of arbitration, failing such agreement, TRAC Rules provide that Tehran shall be the seat. Located in the central position of south-west Asia, in the Persian Gulf, Iran is a favourable forum for international arbitrations. Acquiring visas for travel to Iran is easy and all logistics, including hotels and transportation, are provided cost-effectively. In addition, courts are well educated to safeguard arbitration proceedings, while refraining from any unnecessary intervention. 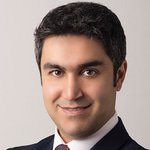