Founded in 1966, the Korean Commercial Arbitration Board (KCAB) is the sole arbitral institution in Korea that is statutorily authorised to settle disputes under the Korean Arbitration Act, under the auspices of the Ministry of Justice. Over the past 50 years, the KCAB has handled over 7,000 arbitration cases and 15,000 conciliation cases, marking itself as a leading alternative dispute resolution centre. In recent years, the KCAB has managed approximately 400 cases per year, with the majority of disputes referred to it coming from the construction, IT and commercial transaction sectors. In 2018, the total sum of the disputes referred to the KCAB arbitration was over US$670 million. International disputes are handled by KCAB International, an independent division within the KCAB dedicated to managing cross-border disputes brought under the institution’s rules, and to the promotion of Korea as a seat of arbitration.

The KCAB International Arbitration Rules (Rules) were adopted in 2011 and updated in 2016. In 2017, as part of a continued effort to foster arbitration in the country, the Korean government enacted the Arbitration Industry Promotion Act. This Act includes provisions to expand dispute resolution facilities, to cultivate experts and professionals in the area of arbitration, and to support relevant research and developments. This governmental support forms the basis for systematic promotion of arbitration in Korea.

As the sole arbitral institution in Korea statutorily empowered to deal with cross-border disputes, KCAB International specialises in providing flexible, efficient and cost-effective arbitration and other dispute resolution services. KCAB International’s efforts include educational services to the arbitration community, from co-hosting the FDI International Investment Arbitration Moot’s annual Asia-Pacific round, to organising its flagship event, the Seoul ADR Festival and the annual Seoul Academy for International Arbitration. KCAB International also led the creation of KCAB Next, an organisation tasked with aiding the next generation of arbitrators, leaders and practitioners with a nexus to Korea in developing their career and skills. 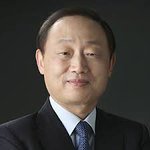 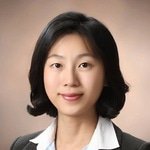