Under Law No. 335 of 3 December 2007, the Court was reorganised as a permanent arbitral institution attached to the Chamber of Commerce and Industry of Romania, administering both domestic and international arbitrations.

The president of the Court is Professor Stefan Deaconu PhD, assisted by the vice president, Associate Professor Bazil Oglinda PhD.

The Court maintains a list of arbitrators of high reputation in business and academia, which currently consists of 101 experienced professionals. The Court regularly updates this list, with new registration applications considered every year.

The Court operates under its own Arbitral Codex. It is run by a management board, which is vested with standard powers, in a manner very similar to other international arbitral institutions. Its powers are exercised in relation to arbitrators’ appointment and further status, constitution of the arbitral tribunals and administrative matters affecting its operation, proceedings’ closure, matters related to costs, etc. In fact, the management board oversees the proper implementation of the Rules of Arbitration as per the assigned role, while also representing the Court in domestic and international relations.

The Court administers commercial disputes across virtually all economic sectors, from infrastructure, construction, project finance and development to retail, distribution or equipment leasing, and from banking and capital markets and insurance to energy, oil and gas.

Similarly, in terms of legal complexity, dispute areas and matters vary from corporate and joint-venture related to contract and tort, public to private, concessions, and property (commercial, industrial, etc).

The arbitration fees are calculated ad valorem on the basis of the scale corresponding to the procedure applicable and based on the amount claimed (these scales are available on the Court’s website).

In the past 10 years (since Romania joined the European Union) the Court has settled over 3,000 arbitration disputes, over 700 of which were international disputes. 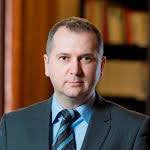