The leading Swiss Chambers of Commerce have been offering arbitration and mediation services for more than 150 years. In 2004, they replaced their previous rules with the Swiss Rules of International Arbitration. In 2007, the Chambers launched the Swiss Chambers’ Arbitration Institution (SCAI) as an association incorporated under Swiss law to administer their cases. In 2007, the Swiss Rules of Commercial Mediation were added to offer an alternative means of dispute resolution. In 2014, the Rules for SCAI as Appointing Authority in UNCITRAL or other Ad Hoc Arbitration Proceedings were adopted. In 2017, SCAI received the GAR award for ‘the institution that impressed most’ and was nominated for the GAR Best Innovation award for its customisable ‘turbo’ arbitration clause.

The president of SCAI is Ms Regine Sauter and its executive director and general counsel is Ms Caroline Ming. For the case administration under the Swiss Rules, SCAI established an Arbitration Court composed of 27 experienced arbitration practitioners, chaired by Ms Gabrielle Nater-Bass. The court renders decisions as provided for under the Swiss Rules. Pursuant to its Internal Rules, available under SCAI’s website, the court’s powers are delegated to case administration committees and a special committee. The latter renders decisions on the seat of the arbitration, consolidation of proceedings, challenges, removals and replacements of arbitrators.

The secretariat of SCAI operates with offices in Geneva, Lugano and Zurich, which administer cases in English, German, French and Italian.

The Swiss Rules of International Arbitration

The Swiss Rules are based on the UNCITRAL Arbitration Rules. They were revised in 2012 to render them even more user-friendly and cost-efficient. The Swiss Rules give both the tribunal and parties adequate powers to structure the proceedings as they see fit. The parties are free to decide on the applicable law, the seat of the arbitration, and the venue of hearings, and they may themselves designate their arbitrators. The institution maintains a strict quality control of the proceedings by, for example, confirming the arbitrators, approving or adjusting the tribunals’ determination on costs, and monitoring the duration of the procedures. However, the institution’s activities are limited to the minimum required to guarantee a proper conduct of the proceedings.

The expedited procedure has traditionally been a popular feature of the Swiss Rules. Since 2004, almost 40 per cent of the cases have been subject to this procedure. Under the expedited procedure, awards must be rendered within six months of the date on which the file is transmitted to the arbitral tribunal. This procedure may be agreed upon by the parties in all cases and is the default procedure for disputes not exceeding 1 million Swiss francs.

The registration fee, administrative costs and arbitrators’ fees are calculated based on the amount in dispute, pursuant to Appendix B of the Swiss Rules. No administrative costs are charged for cases where the amount in dispute does not exceed 2 million Swiss francs. The cost-calculator on SCAI’s website allows the easy determination of the potential range of costs.

Since 2004, more than 1,150 cases have been filed under the Swiss Rules, 90 per cent of them being international. Thirty per cent of the parties are domiciled in Switzerland, the rest coming from all over the world, with an emphasis on Western Europe and an increasing number from the Middle East and Asia. Seventy per cent of the cases are handled in English. Matters in dispute mainly concern purchase and sale of goods, commodities or shares, banking and finance, M&A, joint ventures, services, distribution and agency, and construction-related contracts. 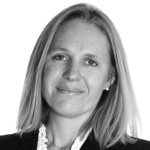