Since 2013, SHIAC has established the China (Shanghai) Pilot Free Trade Zone (FTZ) Court of Arbitration, the leading practice in the Chinese FTZ area, and the Shanghai International Aviation Court of Arbitration, the world’s first aviation arbitration institution. Until now, more than 320 cases were conducted in FTZ court. In addition, in the second BRICS Legal Forum and the sixth Forum on China-Africa Cooperation, SHIAC established two other platforms: the BRICS Dispute Resolution Shanghai Center and the China-Africa Joint Arbitration Shanghai Center.

The SHIAC committee has one chairman, three vice-chairmen and a number of members. Members include experts, scholars and senior practitioners in the field of law and various industries.

SHIAC provides professional secretarial services. Currently, there are 24 case managers, all of whom graduated from prestigious domestic and foreign universities. The average work experience is 6.9 years. About 80% of the case managers have graduate degrees, and 48% studied overseas. The arbitration can be administered bilingually.

SHIAC’s arbitration fee is based on the amount of the dispute and the centre adopts a graduated fee system, which means that the procedure becomes more cost-effective as the amount in dispute increases. 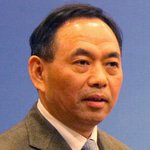