The BVI International Arbitration Centre (BVI IAC), an independent not-for-profit institution, was established pursuant to the BVI Arbitration Act, which came into effect on 1 October 2014, to meet the demands of the international business community for a neutral, impartial, efficient and reliable dispute resolution institution in the Caribbean.

The Act, through which the BVI largely adopted the UNCITRAL Model Law, and the BVI’s accession to the New York Convention on 25 May 2014, are crucial steps, which made possible the establishment of a viable and internationally respected arbitration centre in the BVI.

Lord Goldsmith singled out the BVI IAC as having the potential to become the ‘best thought out and thus most popular’ centre in the Caribbean and beyond.

A well-run and well-equipped ‘state of the art’ centre, together with the acknowledged quality of the BVI legal framework and the stable political environment offered by a British overseas territory, should enable the BVI to rapidly become the leading arbitration hub in Latin America and the Caribbean.

Why arbitrate in the BVI?

The BVI IAC administers arbitrations under its own rules, but also offers users of ‘ad hoc’ or other institutional arbitration first-class premises and support services in a jurisdiction that enjoys a good reputation for the quality of its commercial and appellate courts and for political stability.

The aim is to ensure that the BVI IAC becomes the regional centre of choice for the arbitration of disputes arising out of business activity and projects worldwide.

While parties will always be free to nominate arbitrators of their choice, the BVI IAC maintains a roster of 200+ highly regarded international arbitration and other dispute resolution practitioners, drawn from both common law and civil law jurisdictions, who are able to conduct arbitrations in a number of languages including English, Spanish, Portuguese, Russian, Chinese, French, German and Italian.

The BVI IAC provides full administrative and concierge services in support of parties and arbitrators conducting arbitral proceedings under its auspices, serving as the official channel of communications and ensuring safe custody of documents. The BVI IAC also provides services such as financial administration, logistical and technical support for meetings and hearings, travel arrangements, and general secretarial and linguistic support. 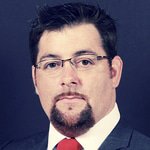