The BAC/BIAC delivers reliable dispute resolution services and encourages the exchange of best practices. To this end, the BAC/BIAC organises an annual summit on commercial dispute resolution in China; sponsors the biennial ICCA conference; joins forces with the China-Africa Joint Arbitration Centre (CAJAC) initiative; and contributes to the UNCITRAL working group II’s deliberations as an observer. The BAC/BIAC has been the major force promoting institutional cooperation in the international arbitration community, as well as the internationalisation of the law and practice of Chinese arbitration.

Annual caseloads over the past 10 years 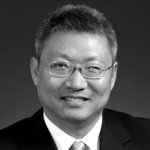