The Asian International Arbitration Centre (AIAC), formerly known as the Kuala Lumpur Regional Centre for Arbitration, is a not-for-profit, non-governmental international arbitral institution that was established in 1978 under the Asian-African Legal Consultative Organization (AALCO).

The AIAC operates as a holistic dispute management/multi-service ADR global hub, with its expertise represented across multiple institutions and regions. Its network is comprised of an agglomeration of international practitioners, businesses, trade associations and industries, extending into state departments, government authorities and inter-regional organisations. As of 2018, the AIAC’s network of specialists comprises 2,200 panellists from over 70 countries, with expertise across 30 different industries.

The AIAC has evolved into the pivotal integrated institution that it is today, serving as a catalyst for capacity building, knowledge exchange, industry collaboration and policy development. More than 17,000 participants have thus far been part of the AIAC’s capacity building efforts, as it continues to shape the ADR arena through training programmes in niche areas such as adjudication, sports and Islamic finance.

The AIAC released its new AIAC Arbitration Rules 2018 in March 2018. The primary rationale behind the revision is optimisation of costs and duration of AIAC-administered arbitration proceedings, and improvement of quality of arbitral awards. Highlights include new provisions on consolidation of disputes, technical review of awards, provisions relating to the appointment of emergency arbitrators and a simplified structure of fee schedule.

The AIAC Fast Track Arbitration Rules are designed for parties who wish to obtain an award in the fastest way with minimal costs. They only apply if parties have explicitly agreed on their application.

The AIAC i-Arbitration Rules (revised in 2018) are the first arbitration rules that allow for the resolution of disputes arising from any contract that may contain shariah-related matters or that are based on shariah principles. The AIAC was accorded the prestigious Global Arbitration Review Award for Innovation by an Individual or Organization in 2012 at the 3rd Annual GAR Awards in Bogotá, Colombia for its i-Arbitration Rules.

The AIAC’s enhanced agreement with the International Centre for Settlement of Investments Disputes (ICSID) provides that the AIAC can be used as an alternative hearing venue for ICSID cases. This applies mutatis mutandis to the Additional Arbitration and Conciliation Rules of ICSID. In addition, under the 2009 ASEAN Comprehensive Investment Agreement, investment disputes between an investor and a member state can be referred to the AIAC.

Under the Construction Industry Payment and Adjudication Act 2012 (CIPAA), the AIAC has been appointed as the adjudication authority. The AIAC sets the competency standards of adjudicators and determines the standard terms of appointment and fees of adjudicators, in addition to providing administrative support for adjudication. Since the entering into force of the CIPAA in April 2014, the market has seen a growth in caseload unlike any other jurisdiction with a comparable statutory adjudication framework, registering well over 1,500 applications as of mid-2018.

The AIAC is the first arbitral institution in the world to launch its suite of standard form construction contracts. They are customisable and freely available for print and download and fill the gaps of existing standard form building contracts in governing relationships, rights and duties of parties to a building construction project.

Recognised as a premier hearing centre and having been dubbed to have the potential to be the best outside the Peace Palace, as well as offering by far the most competitive rates in comparison with other hearing centres, the AIAC’s Sulaiman Building in Kuala Lumpur is a smart, cost-effective and well-informed choice when selecting a hearing venue. 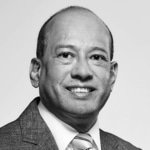