Settled an ICC dispute over a copper and cobalt mining venture

Recently there has been major upheaval at the firm. Head of litigation and arbitration Hakim Boularbah left with a team of associates to join Loyens & Loeff; and the head of public international law, Nicolas Angelet, decided to set up his own independent practice.

It was also successful in having attachments on more than US$22 billion in assets owned by a Kazakhstan sovereign wealth fund lifted by a Belgian court. The court concluded that it would be sufficient to maintain a freeze on US$520 million, the full amount of the Energy Charter Treaty award held against Kazakhstan by Moldovan investors Anatolie and Gabriel Stati. That proceeding remains ongoing.

Liedekerke helped Gécamines settle an ICC claim worth US$150 million that it brought against subsidiaries of China’s Jinchuan Group over a copper and cobalt mining venture. Although it did not identify Gécamines by name, Jinchuan revealed in a stock exchange filing that its subsidiaries had agreed to pay US$25 million to a minority shareholder in the venture.

In other state work Liedekerke is helping Poland challenge a US$10 million treaty award won by a subsidiary of US hedge fund manager Elliott Management in the Brussels Court of First Instance.

Viki Topalidou, counsel at Qatari group Lysys, says the firm acted in an arbitration concerning an IT infrastructure project the group had with a US multinational. While Brussels is “not necessarily the first place you would think of to find international arbitration practitioners,” she says her group has found a “gem” and the firm has “nothing to envy” about practices in more established arbitral hubs.

Nuyts is “absolutely outstanding with strategy” and both he and associate Bruno Hardy “go the extra-mile for their client.” Although the arbitral hearing was “David against Goliath,” with the opposing party’s counsel team three times the size, Nuyts and Hardy ensured that “the other side would be the paying party.”

Another client says that Nuyts commands “immense respect” with leading arbitrators who “clearly hold him in very high regard” and trust his legal analysis. “He very clearly dominated the battlefield; he is confident without being arrogant; bold but not reckless.”

A counsel at a Greek construction company says the firm is highly professional, prompt, conducts excellent work and has reasonable legal fees. Nuyts is an “outstanding scholar” and “highly dedicated professional.” 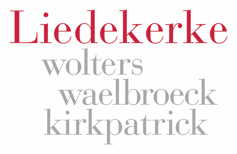