These days the group is headed by partners Xavier Favre-Bulle in Geneva and Harold Frey in Zurich, who both sit as arbitrators. The team is split evenly between the two cities (there’s also an office in Lausanne), with more than 40 fee-earners available for arbitration matters.

The firm acts in cases involving states and state-owned entities in international disputes It also has private clients from industries including pharmaceuticals, energy, telecoms, construction, financial services and luxury goods. The list includes some well-known Swiss blue-chip companies and multinationals.

Unfortunately, few of the firm’s clients are on the public record but it is known to have advised France, and Romanian state entity Hidroelectrica. Going further back, it advised Deutsche Telekom (in a dispute with Vivendi). Supermarket chain Carrefour, multinational engineering and electronics company Bosch and tobacco group Philip Morris have all used the firm previously.

It also regularly co-counsels with international firms on large matters with a Swiss angle.

Lenz & Staehelin helped Romania’s Hidroelectrica defeat a €43 million ad hoc claim by a Swiss energy trader that alleged it failed to comply with an energy supply contract in the face of insolvency proceedings. The firm co-counselled with Romanian firm Leaua Damcali Deaconu Paunescu on the case.

A team led by partner Harold Frey and counsel Martin Aebi in Zurich also secured a win for Germany’s Thyssenkrupp Industrial Solutions in an ICC dispute with an Istanbul-based fertiliser manufacturer over outstanding payments for the construction of a plant in Turkey. The construction group was awarded €24.5 million and 90% of its costs by an all-Swiss tribunal.

Alongside Norweigan firm Wikborg Rein, Frey represented a Danish energy company in a gas price review arbitration. The firm’s client was awarded a revision, as well as a reimbursement of the excess payments made under the gas price contracts during the relevant revision period.

Lenz & Staehelin also helped a private equity fund to settle a US$200 million dispute with a major pharmaceutical corporation on favourable terms.

Xavier Favre-Bulle is one of the newly appointed vice chairs of the IBA arbitration committee. Meanwhile, as arbitrator he chaired a panel that rendered an ICC award in favour of a Turkish construction company in a claim against Gabon. 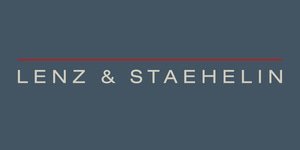