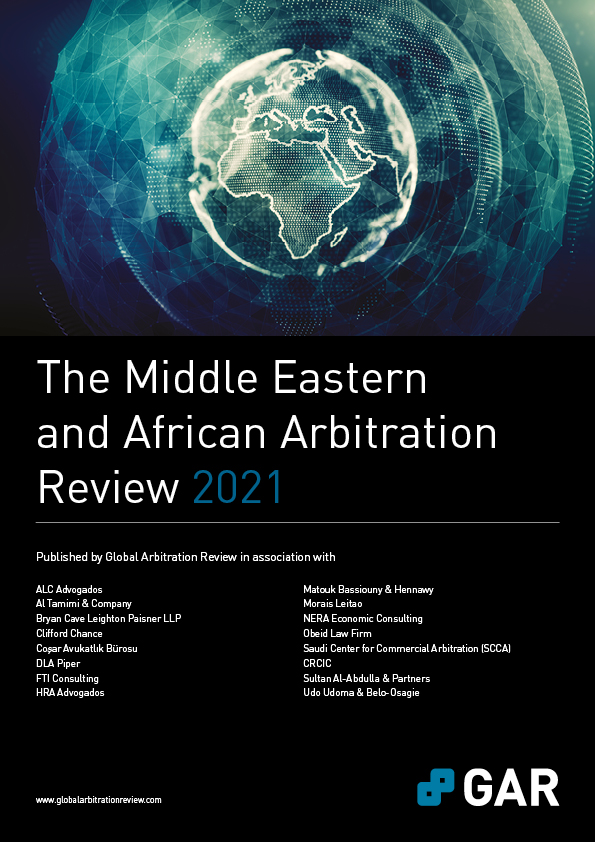 The Middle Eastern and African Arbitration Review provides insight from the pen of pre-eminent practitioners who work regularly in the region. This edition covers Angola, Egypt, Lebanon, Mozambique, Nigeria, Qatar, Saudi Arabia, Turkey and the UAE, and has overviews on energy arbitration, investment arbitration, mining arbitration, damages (from two perspectives) and virtual hearings. Among the nuggets you will encounter as you read: a helpful chart setting out the largest awards affecting Africa and the Middle East, recently; the admonition to expect a wave of restructurings of energy projects locally, and even formal insolvency proceedings; a data-led breakdown of investor-state disputes in Africa starting from 2013; the revelation that a number of Africa-related mining disputes-opted to pause proceedings rather than attempt virtual hearings when the pandemic struck; a brisk summary of the extra considerations that covid-19 has introduced into damages calculation; an in-depth analysis of Angola’s BITs and the modernisation of BITs in the region more generally; and a clear-eyed commentary on recent Nigerian court decisions, some of which are ‘not entirely satisfactory’. Buy Now Download PDF

Damages in the Middle East and Africa: Trends from Recent Cases and Some Challenges

Energy Arbitrations in the Middle East

Remote Hearings and the Use of Technology in Arbitration

The Covid-19 Factor: the Impact of Covid-19 on Damages Assessments