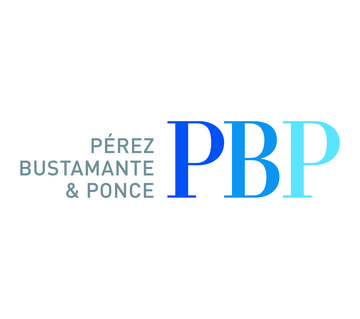 PBP is the largest firm in Ecuador, considered a leader in the legal market and is a trusted advisor for national and international clients. It has offices in Quito and Guayaquil and outreach throughout Ecuador.

International arbitration is one of PBP´s core practice areas and PBP is listed by GAR 100 as a leading firm in this field.

This year, PBP prevailed in a landmark case under UNCITRAL rules regarding the breach of an oil service agreement executed with the Republic of Ecuador. The arbitral award was the second largest international award ever issued against the Ecuadorian state.

PBP also represents foreign construction companies in an international investment-treaty arbitration brought under the Ecuador-Spain BIT; a subsidiary of an Asian conglomerate, knocking out the bulk of a US$200 million claim brought by an Ecuadorian port authority over their early termination of a port upgrade project (a split tribunal awarded just US$35 million in damages); and an international company in the oil services sector in an arbitration against a local joint venture under the rules of the Quito Chamber of Commerce.

In 2017, PBP participated in several International Centre for Settlement of Investment Disputes, International Chamber of Commerce and UNCITRAL arbitration proceedings.