To work on the basis that Lisbon can be a very good seat for arbitrations, after the new UNCITRAL-inspired 2011 arbitration law, and could provide better facilities for other centres with which the PCCI-AC cooperates – the most relevant being the ICC (the PCCI is one of the oldest ICC members), but also including centres from Brazil, Spain, Angola and Mozambique, and from this year the Permanent Court of Arbitration and CIETAC.

To be prepared to administer arbitrations in languages other than Portuguese, because the national economy is now much more open than it was 30 years ago.

To include very qualified international arbitrators in the roster (we now have more than 170 from 15 nationalities).

To train the staff and put in place structures for simultaneous translation.

To apply the best international practices, mostly to reinforce trust among companies and lawyers in the quality and neutrality of the Centre through new rules (with, among other features, solutions for multiparty arbitration and emergency arbitrator), a mandatory ethics code for arbitrators with reference to the IBA Guidelines on Conflicts of Interest, and clear rules for disclosure of potential independence issues.

To reinforce the transparency and external control of the Centre through: a set of rules with criteria for the appointment of arbitrators by the Centre, reinforcing the participation of the parties thereto; and a rule of neutrality in relation to arbitrations in which one of the parties is not Portuguese, with the choice of a president from a different nationality if the Centre is requested by the parties to appoint one.

To act in a more user-friendly way: reducing the fees for higher-value arbitrations, setting up rules for fast-track arbitration (mostly for cases with a value lower than €200,000) and internal (but published) rules with strict deadlines for president’s decisions, and establishing mediation rules and a roster of available mediators.

To keep investing in the training of practitioners, mostly through: roadshows in medium-sized Portuguese cities; cooperation for the training of the new arbitration centres staff and arbitrators’ lists in former Portuguese colonies such as Angola; and annual hands-on training for arbitrators (including those without legal preparation). 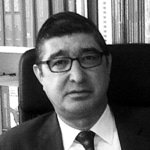