The MIAC secretariat administers cases under the MIAC Arbitration Rules (discussed in detail below), the UNCITRAL Arbitration Rules or other rules of procedure. MIAC also provides administrative support in other forms of alternative dispute resolution, including mediation and conciliation.

MIAC functions within a three-tier structure comprised of an advisory board, a board of directors and a secretariat.

The secretariat is led by co-registrars Ms Ashwita Ambast and Ms Susan Kimani. Over the past three years, Ms Ambast and Ms Kimani have administered around 30 international arbitrations involving various combinations of states, state entities, international organisations and private parties, inclu­ding arbitration proceedings under investment laws. They have also assisted appointing authorities with the constitution of tribunals and challenges, under the UNCITRAL Arbitration Rules and other procedural rules.

Ms Ambast obtained an LLM degree, as a Goldman scholar, from Yale Law School, and a BA and an LLB with honours from the National Law School of India University, Bangalore, where she graduated as a gold medallist. Ashwita has worked in the international arbitration team of a prominent law firm in London.

Ms Ambast and Ms Kimani are also legal counsel at the Permanent Court of Arbitration (PCA) in The Hague, the Netherlands. 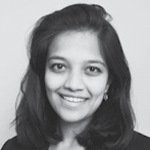 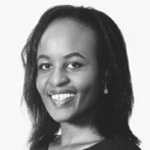