The Saudi Center for Commercial Arbitration (SCCA) is a not-for-profit NGO established by Saudi Cabinet Decree number 257, dated 15 March 2014, to administer arbitrations, mediations and other ADR proceedings where the parties agree to refer their matter to the SCCA for administration under its Rules and Procedures. Its services are provided in accordance with international standards and best practices in Arabic and English. The SCCA operates in an ADR-friendly environment in full harmony with the judicial system, and with the full endorsement and support of the government for its important work, enhancing the ease of doing businesses in the Kingdom. To reinforce the SCCA’s independence its board, which consists of non-government officials appointed by the prime minister, is given full operational autonomy.

Since its launch in October 2016, the SCCA has registered a significant number of cases with claims of up to US$100 million, involving domestic and international parties from industries such as banking, capital markets, construction, procurements and distribution.

The SCCA roster of arbitrators and mediators

The SCCA roster is composed of highly qualified and accomplished professionals from the legal and business communities with experience in the Kingdom and abroad. The roster has over 260 arbitrators and mediators from more than 20 countries, speaking over 10 languages. Its members have extensive experience and subject-matter expertise in various industries.

One of the most important priorities for the SCCA is to provide a user-focused environment with fair, swift, efficient and flexible procedures. The SCCA uses the latest case-management technology in Arabic and English to provide services delivered by legal staff trained to international best practice standards.

Advantages of the Saudi Arbitration Law

Arbitration in the Kingdom has been subject to substantial reform in recent years. The 2012 Saudi Arbitration Law is broadly modelled after the UNCITRAL Model Law on International Commercial Arbitration and has paved the way for a more arbitration-friendly era. It provides, among other things, party autonomy in the key areas of the applicable law, the rules governing the dispute, the place and language of arbitration, party representation, and the appointment of the arbitral tribunal. The law also grants protection to arbitral awards and confines any challenges to a limited amount of grounds (including shariah principles) and without review of the merits.

The SCCA Expedited Procedure Rules, which came into effect on 15 October 2018, provide for a time- and cost-efficient process to resolve cases where the total amount in dispute does not exceed 4 million riyals (exclusive of arbitration costs), provided that the arbitration agreement was concluded on or after 15 October 2018. However, in cases with larger claim amounts parties have the option to opt in. These Rules also provide parties with, among other things, easy access to submit their claims, a swift arbitrator appointment procedure, an expedited timetable for submissions, and the possibility to have the arbitrator decide the dispute based on written submissions only.

The SCCA Rules allow any party wishing to obtain emergency relief, which cannot wait until the constitution of the arbitral tribunal, to request the appointment of an emergency arbitrator to consider the party’s request within one business day from the day of receipt of the request. The Emergency Arbitrator Procedure, which came into effect on 15 October 2018, comprehensively lays out the emergency proceeding, from the submission of the request to the issuance of the order or interim award, while specifying clear and effective time frames.

Under the SCCA’s ODR Protocol, and where the claim does not exceed 200,000 riyals, parties can agree to resolve their dispute wholly online, from receipt of the Notice of Arbitration to the sole arbitrator’s rendering of the final award. Briefs and documents are exchanged through an e-portal; if a hearing is necessary, it can be held via Cisco Webex remote communication technology without the need for parties to attend in person. The award must be rendered within 30 days of the arbitrator’s appointment. 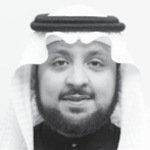