Enforcing emergency awards in Ukraine: near miss or impossibility? 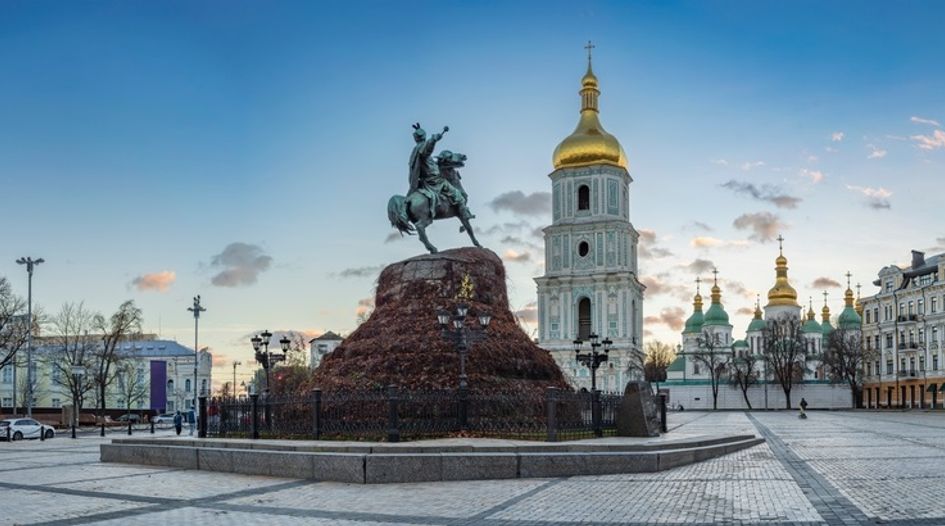 Oleksandr Kushch of Aequo in Kyiv considers the barriers to enforcing emergency arbitration awards in Ukraine following a recent ruling in an investment treaty dispute.

Background to the VEB dispute

Russian state-owned Vnesheconombank (VEB) brought a claim in 2018 on the basis of the Russia-Ukraine BIT in response to allegedly discriminatory actions taken by Ukraine against VEB’s Ukrainian subsidiary Prominvestbank. VEB initiated emergency arbitration at the Stockholm Chamber of Commerce after Ukrainian authorities put up 99.77% of VEB’s shares in Prominvestbank for auction. The said shares were attached at the request of a group of Ukrainian investors led by Everest Estate seeking to enforce a BIT award against Russia.

On 28 August 2019, an emergency arbitrator ruled in favour of VEB, ordering Ukraine to refrain from selling off the Russian bank’s shares in Prominvestbank until the legality of such actions was decided by the arbitral tribunal. In September 2019, VEB applied for enforcement of the emergency award in Ukraine. The proceedings were suspended until March 2020, when VEB’s shares in Prominvestbank were sold.

In a ruling dated 7 September 2020, the Kyiv Court of Appeal (KCA), acting as a court of first instance, declined to enforce VEB’s emergency award. The Supreme Court, in a resolution dated 14 January 2021, did not agree in full with the lower court but declined to overturn its ruling.

Although the efforts to enforce the emergency award were unsuccessful, the KCA and Supreme Court rulings provide valuable insight as to the stance of Ukrainian courts on such matters.

Barriers to enforcement of emergency awards

When declining to enforce the emergency award, the KCA gave three reasons, which were further addressed by the Supreme Court.

The KCA said that the emergency arbitrator, acting under 2017 SCC Rules, lacked jurisdiction because Ukraine did not consent to the application of these rules when it ratified the BIT in 1999. The SCC Rules valid at that time did not include the emergency arbitration mechanism. According to the KCA, “norms of international legal acts are applied in the editions in force at the time of their ratification and recognition by Ukraine.” Notably, the KCA used identical reasoning when refusing the enforcement of JKX’s emergency award.

On appeal, the Supreme Court quashed the KCA’s reasoning, stating that Ukraine did not provide any reservations to the BIT which would have limited the applicability of the SCC Rules to a particular version at the time of the BIT’s conclusion and ratification.

Such argument is not new in the course of emergency arbitration and may look reasonable at first glance, since the states were not aware of the emergency arbitration mechanism when consenting to arbitration several decades ago. However, according to the International Court of Justice in Dispute regarding Navigational and Related Rights, if the contracting parties used generic terms when concluding a treaty, then such parties are deemed to have consented to a constant evolution of such terms over time. The SCC emergency arbitrator in Evrobalt v Moldova relied on the same reasoning when concluding that “the reference to SCC arbitration [in the BIT] should be construed as a dynamic reference to the version of the SCC Rules in effect at the time of the commencement of the arbitration.” According to the emergency arbitrator, since the parties were aware that the SCC Rules had been reissued several times, the parties would have expressly frozen the applicable version of the SCC Rules if they had intended to do so.

Facing the same dilemma, the emergency arbitrator in Kompozit v Moldova reasoned that the preamble of the 2010 SCC Rules provided for their applicability to any arbitration agreement referring to the SCC Rules, irrespective of the date of the arbitration agreement. The preamble of the 2017 SCC Rules contains the same wording, hence such reasoning may as well apply to VEB v Ukraine.

The Russia-Ukraine BIT was concluded for a 10-year term with automatic renewal every five years, while containing generic wording regarding SCC arbitration. Therefore, the KCA should have adopted a dynamic interpretation approach, which is consistent with international law and respective jurisprudence. However, the Supreme Court adopted a cautious approach and decided not to go into detail and analyse international law and applicable jurisprudence, which leaves some uncertainty lingering.

Ukraine was deprived of the opportunity to present its case

Second, the KCA stated that Ukraine had been deprived of the opportunity to present its case during the five-day emergency procedure because it overlapped with a national holiday. The emergency arbitrator received an application for an emergency relief on 22 August and had 5 days to decide upon the application. The KCA observed that out of five days in which Ukraine could prepare its objections, two days fell on the weekend in Ukraine and one on the public holiday. Therefore, according to the KCA “the state of Ukraine was deprived of the opportunity to present its case in detail for reasons beyond its control and which could not be eliminated.”

This argument underlines the crucial role of balancing the parties’ rights and interests between a fast relief and the right to be heard. Urgency, as a primary nature of emergency arbitration, is not unlimited and should not impair the parties’ procedural rights. This is further aggravated by a common situation in emergency arbitration when the respondent’s counsel is caught off-guard, with little time to prepare its position, which is especially relevant for host states that commonly engage external counsel to deal with the matter rather than having a state authority represent the state directly. Such situation is aggravated even more in the context of investor-state disputes, where the elephantine machinery of the state cannot be as fast as a commercial entity when handling urgent procedural issues, causing emergency reliefs to get lost in government bureaucracy. The reason behind this is that emergency arbitration was originally drafted as a tool for commercial disputes.

Enforcement of the emergency award would be contrary to public policy

Third, the KCA found that enforcement of VEB’s emergency award would be contrary to public policy as it “would jeopardize the rule of law and legal certainty by preventing the state from enforcing the [Everest award] according to obligations imposed on Ukraine by the New York Convention.”

In a resolution dated 25 January 2019, the Supreme Court upheld the enforcement of the Everest award, which was further the basis for the auction of VEB’s shares in Prominvestbank. The KCA opined that the binding nature of court decisions enshrined in article 129 of the Constitution of Ukraine prevented the KCA from enforcing VEB’s emergency award, as it would be contrary to the Supreme Court’s final and binding resolution regarding the Everest award.

On appeal, this was the only part of the KCA’s reasoning which survived the Supreme Court’s review. The Supreme Court added that the enforceability of court decisions is an inalienable part of the right to a fair trial as provided by article 6 of the European Convention on Human Rights. The Supreme Court also noted that VEB’s attempts to obtain a similar relief through interim injunctions before the Ukrainian courts were denied on similar grounds – that it would suspend the enforcement of the Everest award, thus violating the binding nature of court decisions. The Supreme Court also said that irrespective of the temporary nature of the relief sought, enforcing the emergency award would still suspend the enforcement of the Everest award.

This argument underlines the general difficulty of enforcing awards imposing specific performance on states. Arbitrators and counsel should bear in mind that arbitral awards should not place “an unfair burden on the Government.” In 2018, the Supreme Court denied enforcement of the JKX emergency award, inter alia, on public policy grounds. From the public policy perspective, the JKX emergency award was doomed from the outset, as it had a supranational nature, ordering the Ukrainian court to act contrary to Ukraine’s Tax Code. The emergency arbitrator had ordered Ukraine to refrain from imposing royalties on the production of gas by JKX's Ukrainian subsidiary higher than a rate of 28%, while the said rates were regulated exclusively by the Tax Code, which could be amended only by the legislature and not the courts.

The emergency relief in VEB v Ukraine was aimed at preserving the status quo. However, it was contrary to the Supreme Court's final and binding Everest resolution. Therefore, it is important to consider national case law in respect of the assets at issue when seeking enforcement in Ukraine. Ultimately, the wording of the emergency relief must be practically enforceable in particular jurisdiction, taking into account relevant laws and jurisprudence.

No uniform approach as yet

Such attempts in the context of investment disputes would face solid hurdles in Ukraine starting with jurisdiction and BIT interpretation and ending with public policy grounds. Both the KCA and the Supreme Court highlight the point that while certain procedural tools work well in commercial arbitration, they work less well in investment disputes. Notably, prominent arbitral institutions and arbitration rules have addressed this issue by excluding the applicability of emergency arbitrator provisions to investment disputes (the ICC’s emergency arbitration mechanism is not available in treaty disputes, while the ICSID and UNCITRAL rules under which most investment arbitrations are brought notably lack such a mechanism). Ultimately, the KCA’s and the Supreme Court’s reasoning provides guidance for future enforcement efforts, giving hope that emergency arbitration may take root in investor-state disputes.