This Egyptian full-service firm was set up by Karim Youssef in 2016, after he’d spent more than five years as partner at Amereller Legal Consultants in Cairo and Dubai, where he headed the Middle East arbitration practice. Before that, he practised for two years at Cleary Gottlieb Steen & Hamilton.

Youssef has worked on some high-profile commercial and investment treaty arbitrations, often relating to public contracts awarded by states in the region. In 2019, the Cairo Regional Centre for International Commercial Arbitration (CRCICA) appointed him to its advisory committee and he is also a member of the editorial board of the Journal of Arab Arbitration. He sits as arbitrator in CRCICA, DIAC, and ICC arbitrations.

The firm has recently expanded after acquiring another Cairo firm, Moharram Law, whose founding partner has significant experience in construction disputes. It  now a 20-strong practice, including a counsel and a group of senior associates.

It takes pride in having an unusually large proportion of female lawyers compared with its competitors in the region.

The firm also helped developer Al Kholoud obtain a US$89 million settlement that brought an end to an UNCITRAL case against Egypt arising from the judicial unwinding of a Mubarak-era privatisation of a steam boiler manufacturer in the wake of the 2011 revolution.

The firm enjoyed a headline-grabbing win for DIPCO, a consortium led by Kuwaiti logistics group KGL, in an ICC claim against the Damietta port authority arising from the termination of a 40-yeart concession to build a terminal at the port. A Cairo-seated tribunal awarded the clients US$490 million, also dismissing a counterclaim for roughly the same amount. Yousseff & Partners co-counselled with Crowell & Moring on the case, which has also spawned the threat of a US$1.1 billion treaty claim.

It is also counsel to an Italian oil and gas company in a high-value CRCICA claim against the UAE’s Dana Gas relating to two oil and gas concessions in Egypt.

And it  is representing the claimant in three  parallel arbitrations under the DIFC-LCIA rules against providers of high-end educational services in the MENA region.

On the investment treaty front, besides the Damietta port matter already mentioned, the firm is also acting in a couple of treaty disputes under the Kuwait-Egypt and Kuwait-Russia BITs.

And it is counsel to Spanish investors Cementos La Union and Aridos Jativa in a €400 million ICSID claim relating to their investment in one of Egypt’s biggest cement companies.

At the 2019 GAR annual awards, Youssef won the Best Lecture award for a keynote arguing that Egypt’s reaction to the numerous cases it faces following the Arab Spring shows the investor-state arbitration system is working well.

The firm has hired Paris-based independent practitioner Sally El Sawah as a partner, while Moustafa Alameldin, former counsel, left the firm to pursue a doctoral degree.

Karim Mostafa, CEO of Starlight Education, who took Dubai’s Real Estate Investment Trust to arbitration over delayed payments in relation to the construction and operation of a school, says the firm’s performance was “very solid” in all fronts. 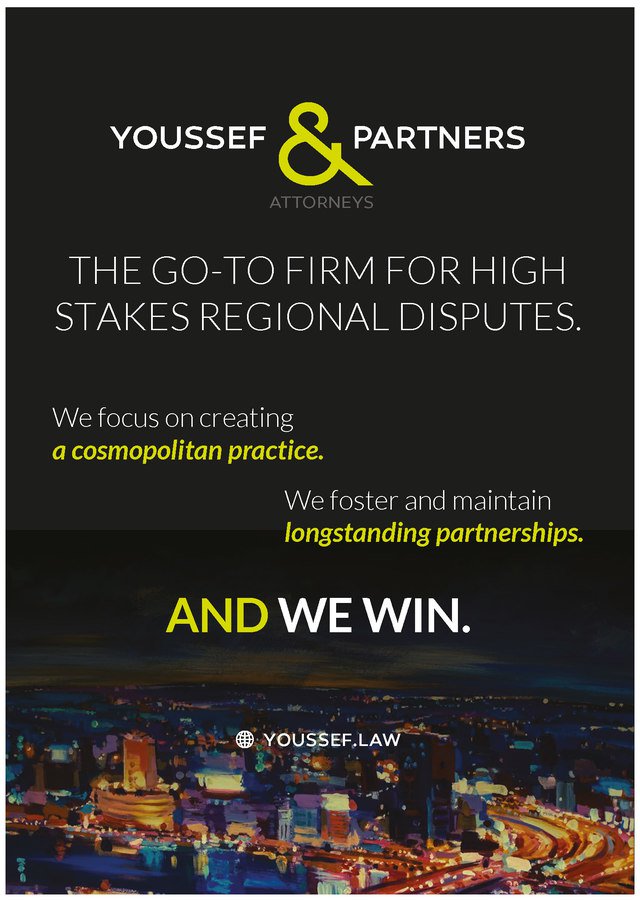