The 2017 purchase of a team from the respected boutique Astigarraga Davis in Miami heralded Reed Smith’s arrival in the GAR 100 and brought it a new international arbitration practice head, José Astigarraga. Since then, the practice has been on something of a charge, adding additional talent around the world and seeking to harness existing elements (many already successful) into a coherent whole.

The current practice began to take shape around 2007 when Reed Smith merged with UK firm Richards Butler, well known for disputes in London. A construction team from Pinsent Masons arrived soon after. During that period, London was the centre of the practice: work tended to be led by Gautam Bhattacharyya, who has a focus on India and is now vice chair of the arbitration team; and Belinda Paisley, who specialises in investment treaty disputes and public international law.

Between 2008 and 2013, the practice extended to Hong Kong (when Reed Smith acquired Richards Butler’s local operations), Singapore, Houston and Astana – this last in response to an increasing amount of work from the Kazakh government.

As global practice head, Astigarraga continues to be based in Miami. He is a renowned Latin American specialist, with an enviable track record and personal network in the region.

He is also a former vice president of the LCIA, a member of the ICC commission on arbitration and ADR, and an active member of the International Bar Association. He oversaw the task force responsible for the IBA guidelines on arbitrators’ conflicts of interest.

The past few years have seen further hires. In 2017, Peter Rosher, a renowned construction and energy specialist (he is the only non-French director of the French Arbitration Association) joined from Pinsent Masons in Paris. Soon after a team of Pinsent Masons disputes lawyers joined in the Middle East – including Sachin Kerur (who was overall regional head), Michelle Nelson (head of disputes) and Shourav Lahiri (partner).

The wider firm has 29 offices across the US, Europe, Asia and the Middle East. As of 2016, it also has a formal law alliance with Singaporean firm Resource Law.

The firm has a policy of not naming clients, but those are known to include big names in the energy and natural resources, construction, pharmaceuticals and shipping industries.

Kazakhstan is one client in the public domain. It has used the practice for nearly two decades in ICSID and UNCITRAL matters, some worth billions of dollars. Bolivia’s state-owned telecoms company Entel and Tanzania’s national electricity company Tanesco have used members of the firm, as have General Electric and engineering and construction group SNC-Lavalin.

Reed Smith has delivered a string of successes for Kazakhstan. In 2013, it knocked out a pair of ICSID claims each worth over US$1 billion, lodged by KT Asia and US power company AES. The first of those was tossed out at the jurisdictional stage, while AES prevailed on liability but was denied restitution or damages.

In 2010, it helped Kazakhstan win complete dismissal of a US$200 million ICSID claim by Dutch companies Liman Caspian Oil and NCL. More recently, it reduced a Turkish investor’s ICSID claim worth US$150 million to an award of just US$23 million against the state.

The former Astigarraga Davis team’s recent highlights reel includes enforcing an ICC award in favour of the US Federal Deposit Insurance Corporation against investment firm IIG Capital in the Florida courts; and winning various landmark US court decisions granting discovery in support of arbitral proceedings (in one case for a NAFTA claim).

Reed Smith secured a US$170 million ICC award against Gabon for construction company Groupement Santullo Sericom in a dispute over money owed for work on public infrastructure projects. The state unsuccessfully argued the underlying contracts were void because of corruption.

Another case for Kazakhstan ended with the state being ordered to pay just US$50 million to a Canadian uranium mining company and its CEO out of a damages claim worth almost US$2 billion. The case was brought under an investment treaty signed by the former Soviet Union.

The firm says it secured a favourable award for Malaysian company Sime Darby in a US$1 billion ad hoc arbitration with India’s national oil company ONGC, and is now defending the award in set-aside proceedings in the Mumbai High Court.

It also helped persuade the Court of Appeal in London that US-owned arms manufacturer General Dynamics should be able to pursue enforcement of an ICC award against Libya without service through diplomatic channels, in light of the “exceptional circumstances” presented by the ongoing civil unrest in the country.

Ongoing instructions include representing California-based Tennant Energy in a C$116 million NAFTA claim it has brought against Canada at the Permanent Court of Arbitration.

It is representing L1bero Partners, a Canadian company owned by prominent Mexican businessmen, in an ICC arbitration against its partner in a joint venture to provide digital taximeter and ride-hailing technology for taxi cabs in Mexico City.

The firm reports acting in a US$1.5 billion New York-seated ICC arbitration concerning the construction of energy exploration facilities pursuant to an EPC contact in South America.

From Miami, Reed Smith continues to represent a US-based Ukrainian businessman in his US$150 million treaty claim against Estonia over the alleged expropriation of his company’s investment in a Tallinn seaport.

The firm continued its rapid expansion with a serious of partner hires. In Hong Kong, Stephen Chan arrived from local firm Oldham Li & Nie, while Mark West joined from Kennedys. Clément Fouchard, who has experience in African energy and infrastructure disputes, joined in Paris. Reed Smith’s New York office hired partner James Duffy and counsel Ben Love, who have between them acted in several investor-state cases.

There was one notable departure, with Reed Smith’s head of international arbitration in Singapore, Barry Stimpson, leaving to join Squire Patton Boggs.

Zheng Biao, a manager at Cosco Shipping, says his company has used Reed Smith for more than 19 years and that the firm has “achieved good results without wasting money.” Hong Kong partner Li Lianjun is praised for his “practical and helpful” advice.

With the continuing growth of our practice through the addition of such recognized talent to our already-strong and multi-jurisdictional team of international arbitration lawyers, we now have one of the largest and most diverse international arbitration practices in the world, with the ability to represent clients in every significant arbitral center and seat around the globe.  As one of the world’s leading disputes firms, we also represent clients in arbitration-related proceedings in first instance and appellate courts, including stay and enforcement proceedings.

Our geographic reach is coupled with deep industry knowledge.  Many of our arbitration lawyers are embedded within industry groups, giving them real-life experience of the workings of our clients’ business and industries in a wide range of sectors, including energy and natural resources, shipping and transportation, international trade and commodities, pharmaceuticals, life sciences, entertainment and media, financial services, telecoms, insurance, manufacturing, and construction. 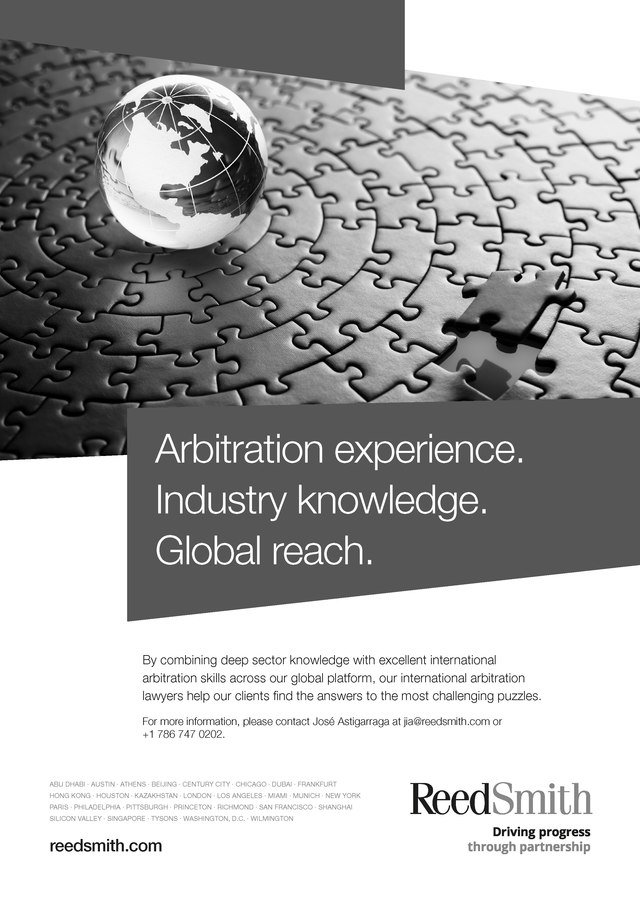