Suciu Popa was founded in 2016 when two long-standing partners at Romanian firm Mușat & Asociații, head of international arbitration Luminita Popa and M&A and energy specialist Miruna Suciu, broke away to set up their own shop.

Popa played a central role in developing the arbitration practice at Mușat over more than a decade, earning that firm a place in previous editions of the GAR 100. She brought a team with her, including partner Madalina Berechet, and the young practice already has a busy portfolio of cases. Roxana Fercala, who was promoted to partner in 2017, is another name to know in the international arbitration team.

International clients include Enel, SABMiller, Engie, TNT, Müller Dairy, Hochtief, Roche and the Carlyle Group. French engineering group Colas is using the firm on a US$22 million ICC claim against Romania arising out of a road improvement contract.

One eye-catching result was for Enel in 2016, in a matter that Popa brought with her from Mușat & Asociații. She helped the Italian energy firm defeat a US$1.2 billion ICC claim by the Romanian government for alleged breaches of a privatisation agreement for the country’s national power company.

In a follow-up case, Suciu Popa teamed with Clifford Chance to act for Enel in an ICC arbitration with a Romanian state entity concerning a put-option clause, which ended in 2017 with an award requiring the Italian group to pay €401 million. Romania had argued the disputed shares were worth more than €522 million.

Suciu Popa won a €8.5 million award for clients Colas Rail and ISAF against the Romanian National Railway Company in a dispute over a contract to rehabilitate a portion of the country’s most important railway line in 2017. Further related ICC proceedings are ongoing.

The firm also clinched a win for Colas in Geneva-seated ICC proceedings against Romania arising out of a FIDIC contract concerning a road infrastructure project worth €22 million.

A team led by managing partner Popa secured another win for Enel in May 2019, defeating claims exceeding €130 million in an ICC arbitration that arose out of the privatisation of Electrica Muntenia Sud, Romanian’s largest electricity distributor and supplier. Clifford Chance was co-counsel to Enel in the case.

Ongoing work includes acting for Italian contractor Taddei in UNCITRAL proceedings related to road infrastructure projects in Moldova with a value of more than €5.5 million; and representing Spanish infrastructure company Azvi in proceedings under the Rules of the Court of International Commercial Arbitration in Bucharest, again relating to a FIDIC contract.

Head of legal and corporate affairs at Enel’s Romanian arm Alina Dumitrascu is understandably full of praise for Suciu Popa: “The firm’s performance was outstanding and we were thrilled by the final result,” she says.

She was impressed by the team’s professionalism and capacity to offer “first class international arbitration services combined with the best understanding and local laws and practices”, as well as “a deep knowledge of the energy sector”. “This mix of capabilities is unmatched in the Romanian market,” she adds. She sees Suciu Popa as “a go-to firm for international and multinational companies with business in Romania”.

Having worked with Popa over the best part of the past decade on cases with an overall value exceeding €2 billion, Dumitrascu appreciates Popa’s “out-of-the box solutions” which, she says, are “far-reaching and, ultimately, 100% successful”. Popa is also a “hands-on leader with superb advocacy skills”. 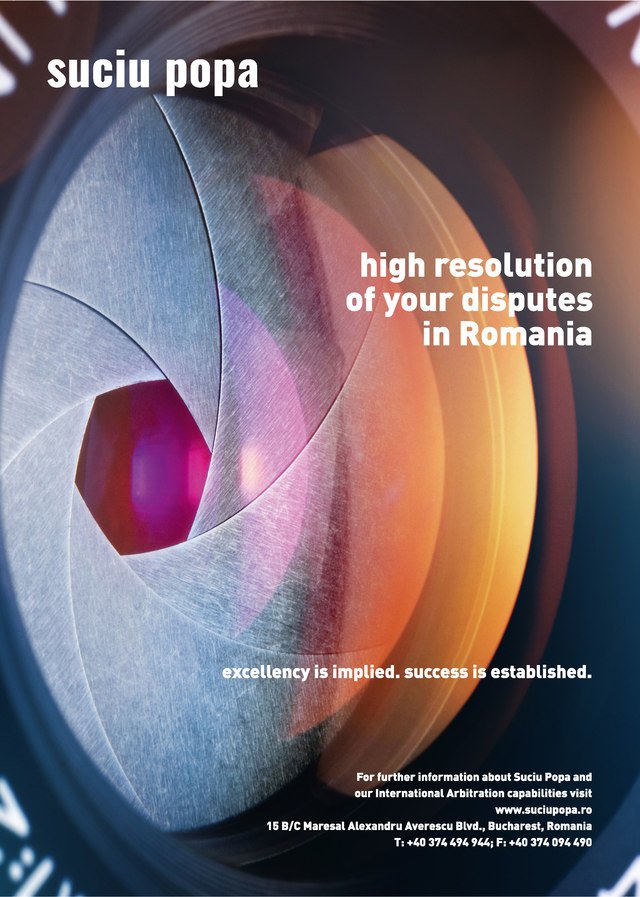