The firm lost its founding partner, but meanwhile is acting for a multinational in a telecoms dispute

PLMJ was founded in the late 1960s and now reckons to be Portugal’s largest law firm. It took on its first arbitration in 1979 and has handled more than 150 such cases since. It has the distinction of being the first firm in the country to have appeared as counsel in an ICSID.

The team was previously co-led by founding partner José Miguel Júdice, one of the country’s few internationally recognised arbitrators, and Pedro Metello de Nápoles. In 2018, Júdice stepped down from his leadership role, and a year later left the firm to set up shop as an independent arbitrator. Metello de Nápoles is now in sole charge of the practice.

Most of the team is based in Lisbon and Porto, but the wider firm has offices or joint ventures in several other Portuguese cities. In addition, it has built up a network of associated firms in Portuguese-speaking countries, of which the most significant for arbitration purposes are Mozambique, Angola and Brazil.

Portuguese construction companies feature heavily on the client list, often in connection with overseas infrastructure projects. But the firm has international clients too: it has acted for Getma (a unit of French logistics group NCT Necotrans) in a multifront dispute with Guinea; Irish building materials group CRH in an ICC matter; Brazilian piping company Asperbras; and European multinational group Ikea.

The firm also acts for states and previously defended Mozambique against a US$450 million claim brought by the former holder of a public infrastructure concession.

In 2014, the firm helped Getma win an award for more than €38 million against Guinea in a contractual dispute over a cancelled port concession in Conakry. The case was heard under the rules of OHADA, a pan-African institution based in Ivory Coast. However, the award has since been set aside by an OHADA court because of a controversy over the arbitrator fees, and was denied enforcement in the US. A parallel ICSID claim was largely dismissed in 2016.

PLMJ obtained a good result in 2011 for CRH as respondent in an ICC case brought by Portuguese conglomerate Semapa (represented by Freshfields) over a call option for shares in a joint venture. Although the tribunal ordered CRH to sell its stake in the venture to Semapa, it rejected the claimant’s demand for a 10% discount on the share price as well as a damages claim for US$100 million. The award was upheld at two instances in the French courts.

The firm also represented Banco BIC (now known as Eurobic) – an entity in which billionaire businesswoman (and the daughter of Angola’s ex-president) Isabel dos Santos has a stake – in a dispute arising out of its purchase of the Portugese Bank of Business after its nationalisation in 2008. The tribunal found in favour of Banco BIC, awarding more than two-thirds of the claimed US$59 million.

The firm defended dos Santos’ telecoms company Vidatel in a multibillion-dollar ICC claim initiated by a subsidiary of Brazilian telecoms group Oi in a dispute against its fellow shareholders – of which Vidatel is a part – in Angolan mobile carrier Unitel.

PLMJ tells GAR that the firm no longer represents dos Santos in any disputes.

Partner Tiago Duarte made it to the ICSID’s panel of arbitrators and conciliators.

The firm is also acting for French Netherlands-based multinational telecoms copany Altice’s subsidiary Meo in an ad-hoc arbitration arising out of a contract for the sharing of telecoms-related technologies.

Pedro Morais Leitao, CEO of Portugal’s Prio Energy, says PLMJ secured a result that was “100% in favour” of a current shareholder in his company in a dispute with an old investor. He says he was particularly impressed with Telma Pires de Lima, a managing associate at the firm, “both for the rigor and attention to detail in her preparatory work and for her empathy towards relevant witnesses.” 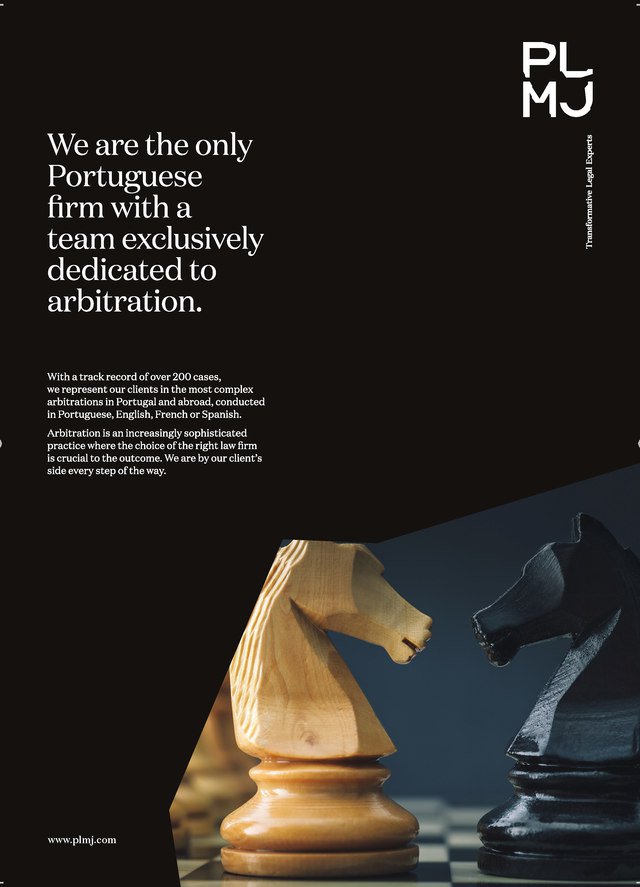