Gorrissen Federspiel was opened in 1869 by a Danish Supreme Court attorney and has since undergone a number of mergers to become one of the country’s largest firms.

The foundations for its international arbitration practice were laid in the 1930s, when legacy firm NJ Gorrissen began working on commercial disputes in the maritime insurance and energy sectors. NJ Gorrissen would later merge with another firm that opened that decade, Per Federspiel, which is said to have been the first Danish practice targeted at international clients.

Today, the firm’s 28-strong disputes practice is led by Henriette Gernaa, a dual-qualified lawyer who acts as both counsel and arbitrator and is a board member of the Danish Arbitration Association. Lotte Eskesen leads the practice in the Danish city of Aarhus.

Other names to know are Jacob Skude Rasmussen, a former Danish diplomat who acts in banking and finance, IT and professional liability disputes; and Kenneth Hvelplund Pedersen, who specialises in M&A disputes and is described as a rising star.

Much of the firm’s casework cannot be disclosed but previous instructions include acting for a client in a gas pricing arbitration worth over US$300 million.

It represented a well-known energy company in two post-M&A UNCITRAL arbitrations worth a combined US$38 million.

Other past work includes representing a construction company in a dispute over a UK project; a transport company settling an arbitration over delivery of faulty equipment; and a client in a FIDIC arbitration with a state.

Gorrissen Federspiel is currently acting in two renewable energy sector disputes, one concerning insurance and the other construction.

It is representing a financial institution in two arbitrations worth a joint US$190 million arising from a share purchase agreement.

A tech company is using it in a US$165 million arbitration concerning the delivery of an IT system and it is also acting in a dispute between an IT developer and subcontractor regarding a public sector educational platform.

A general counsel at one company says he is “very pleased” with the firm and considers Gernaa to be “top class” for complex large-scale matters and a “strong strategic thinker.” 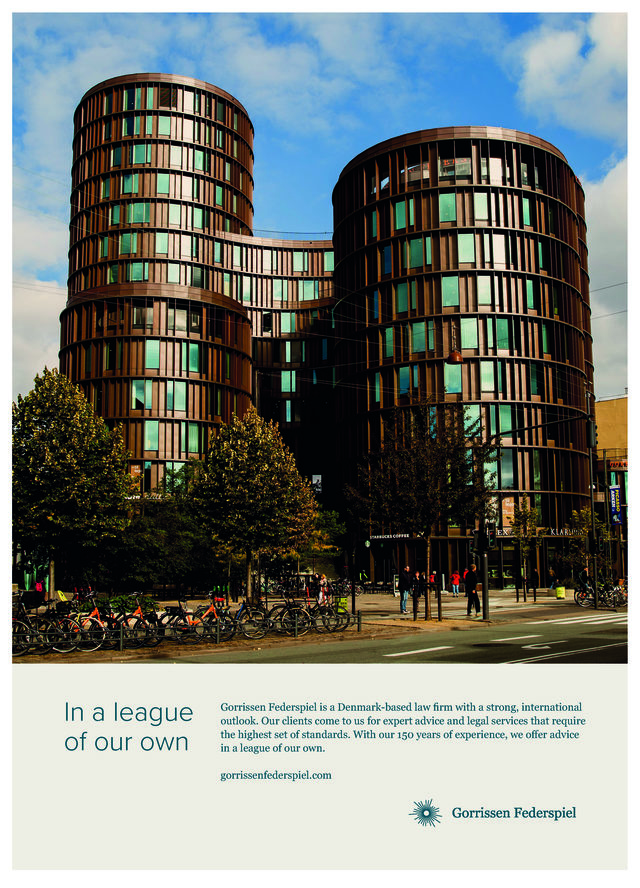