Launched in 2009, this Parisian boutique originally brought together two leading French arbitrators, Yves Derains and the late Serge Lazareff, with two younger partners, Hamid Gharavi (formerly of Salans) and Bertrand Derains, the son of the co-founder.

Though Lazareff left to join another boutique not long afterwards, Derains & Gharavi has gone from strength to strength.

The partnership expanded in 2011 with the arrival of Dutch lawyer Mélanie van Leeuwen from Loyens & Loeff. The firm has an office in Beirut run by Nada Sader, the first partner to be promoted from its associate ranks.

A more recently promoted partner is Marie-Laure Bizeau in Paris, who has been with the firm since it was founded.

Yves Derains, Gharavi and van Leeuwen all sit as arbitrators and have been appointed to the ICSID panel of arbitrators. Derains, a former secretary general of the ICC Court, was appointed chairman of the ICC Institute of World Business Law in 2010 and is an ICCA board member.

Gharavi is a thought leader in the arbitration community, having emerged as a trenchant critic of the ICSID annulment system and a commentator on the investment agreement of the Organisation of Islamic Cooperation (the OIC Treaty).

The practice is principally based in Paris, with Sader in Beirut. For a time it had an office in DC staffed by Eloïse Obadia, a long-term senior counsel at ICSID, before she left the firm in 2017.

Albania has been a returning client for investor-state work, with the governments of Qatar, Sudan, Romania, Turkey and Togo also lining up to use the firm. It also does arbitration work for the United Nations.

A more controversial client has been French businessman Bernard Tapie, who used Derains & Gharavi and Betto Seraglini to defend his arbitration award against a French government entity over the sale of his stake in German sportswear brand Adidas.

Derains & Gharavi helped Turkey knock out one of the biggest cases in ICSID’s history in 2010: a US$19 billion telecoms expropriation claim filed by Dutch-Jordanian national Saba Fakes. The tribunal dismissed the claim as frivolous at the jurisdictional phase and ordered Fakes to pay Turkey US$1.5 million in costs.

It has secured numerous good results for investors against Kazakhstan. These include defending a US$175 million award in favour of two Turkish telecoms companies against an annulment bid; and securing a US$39 million award for oil company Caratube. In the latter, annulment proceedings are pending.

It also won a US$25 million ICSID award against Kazakhstan for Turkish investor Aktau Petrol Ticaret, which found the state liable for the actions of court bailiffs. A stay of enforcement of that award was lifted in 2018 by an annulment committee.

In 2011 another client, US radio investor Joseph Lemire, won almost US$9 million in an ICSID claim against Ukraine.

There have been various successes for Albania, including defeating a €45 million Energy Charter Treaty claim by Greek fuel distributor Mamidoil in 2015 and thwarting a US$18 million claim by investors in the country’s scratch card market at the jurisdictional stage in 2013.

On the commercial side, it helped Desert Line Projects win around US$22 million from Oman in 2017 following two Muscat-seated ICC cases over the construction of a ring road and the expansion of the state’s main airports.

In 2018, Derains & Gharavi won what is thought to be the first ever investment treaty award against South Korea. The client was the Dayyani family, owners of an Iranian consumer electronic group, in a dispute over the state’s termination of a deal to purchase the bankrupt Daewoo Group. The family was awarded US$68 million – 99% of what it has asked for.

In January 2020, Derains & Gharavi convinced the Commercial Court to reject South Korea’s challenge to the Dayyani award – on the basis that the family did have proper standing to bring the claim.

The firm has also been instructed by a UAE investor in a joint venture that operated Libya’s largest oil refinery for an UNCITRAL arbitration against the state under the OIC treaty.

Derains & Gharavi previously brought a successful claim against Gabon under the OIC treaty, on behalf of Tunisian home builder KCI. In that case, the tribunal confirmed that the treaty contains a unilateral offer to arbitrate disputes.

Gharavi and his team continue to act for two Iranian banks, Melli and Saderat, in the first known investment treaty claim against Bahrain. The dispute, which is worth about US$500 million, made international headlines following allegations that a bank affiliated to the firm’s clients helped to facilitate sanctions-dodging.

The leading provider of insurance in Iran has also turned to the firm in an UNCITRAL claim against Bahrain at the Permanent Court of Arbitration in The Hague.

On the state side it is defending Sudan and Romania against claims worth US$100 million and US$320 million respectively.

A Qatari government official says the firm’s performance is “excellent” and that Gharavi and Bizeau are “highly professional” with good research skills.

Karl Hennessee, the vice president of Airbus, says Derains & Gharavi has provided “some of the finest advocacy I have ever seen”. He says that Yves Derains “never ceases to surprise me with the excellence of his advice”.

Mostapha Al Khatib of Saad Buzwair Automotive, the official distributor of Audi & Volkswagen in Qatar, says his company has instructed the firm for an ICC claim against a large German car manufacturer, as well as related court proceedings before the French Supreme Court.

Bizeau and associate Stefan Dudas are “particularly effective” in dealing with day-to-day requests and management of the case, and their knowledge of ICC arbitration is “impressive”, he says. 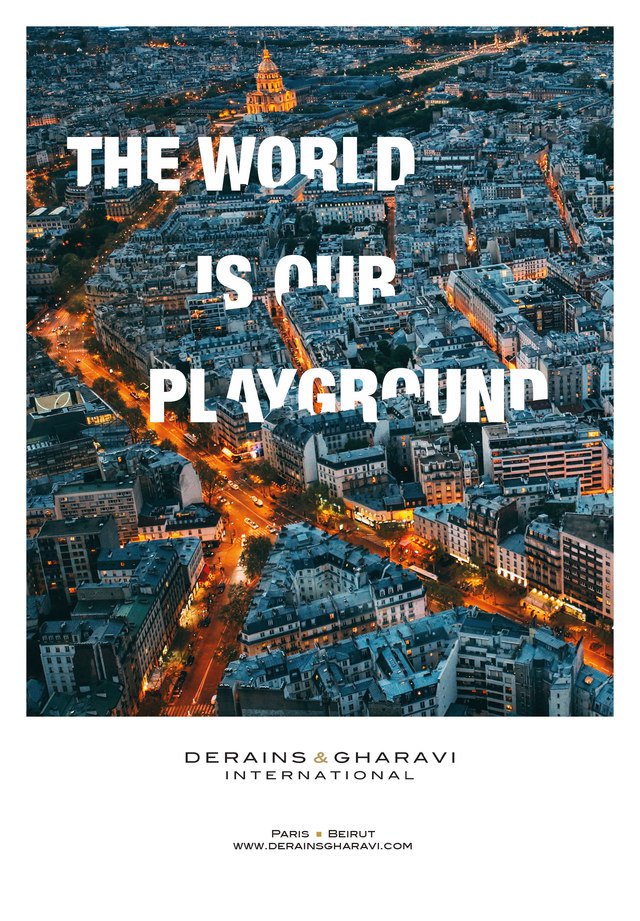