The firm is co-counsel in a US$2.3 billion claim against an Egyptian state entity

New to the GAR100 last year, this Egyptian full-service firm was set up by Karim Youssef in 2016 after more than five years as partner at Amereller Legal Consultants in Cairo and Dubai, where he headed the Middle East arbitration practice. Before that, he practised for two years at Cleary Gottlieb Steen & Hamilton.

He has worked on some high-profile commercial and investment treaty arbitrations, often relating to public contracts awarded by states in the region.

It’s now a 20-strong practice, including a counsel and a group of senior associates. It takes pride in having an unusually large proportion of female lawyers compared with its competitors in the region.

In a case brought over from Amereller, Youssef helped settle a six-year long UNCITRAL case concerning a mid-1990s privatisation that was unwound by a judicial decision in the wake of the Arab Spring.

Since opening in 2016, the firm’s arbitration practice has more than tripled in size, both in terms of head-count and amounts in dispute; its current case load involves claims in excess of US$4.5 billion.

The firm is co-counsel for investors in a US$2.3 billion commercial claim against an Egyptian state entity arising from the unwinding of a 40-year concession in relation to the build, operate and transfer of one of Egypt’s major seaports.

It is also counsel to an Italian oil and gas company in a high-value CRCICA claim against the UAE’s Dana Gas and its Egyptian subsidiary in a dispute arising from two oil and gas concessions in Egypt.

Last year, the firm obtained a favourable settlement for developer Al Kholoud in a major UNCITRAL proceeding against Egypt and two state entities arising from the judicial unwinding of a Mubarak-era privatisation of a steam boiler manufacturer in the wake of the 2011 revolution.

In the investment treaty arena, it is acting for Spanish investors Cementos La Union and Aridos Jativa in a €400 million ICSID claim against Egypt relating to their investment in one of Egypt’s biggest cement companies. The firm also has another treaty claim on the books against a French-speaking African state which is being heard under institutional rules.

Youssef was appointed as arbitrator in a treaty claim under the SCC rules involving an African state. He is also acting as arbitrator in a commercial case relating to a dispute governed by Sharia rules and standards in relation to the purchase of crude oil for a Moroccan entity.

The firm promoted Moustafa Alameldin to counsel. It also hired a number of senior associates to assist with the influx of counsel work.

Karim Mostafa, CEO of Starlight Education, which the firm has been representing in an arbitration concerning a school project in Dubai, says: “Although Youssef & Partners is a big firm, I have never failed to get personal time and attention at any time of day.”

“They also think strategically with you as a client rather than laying their strategy upon you, which opens new angles in the case,” he adds.

“Deliverables are met and exceeded, professionalism, perseverance, efficiency, tactfulness, and sharpness are part of the package deal”, he adds. 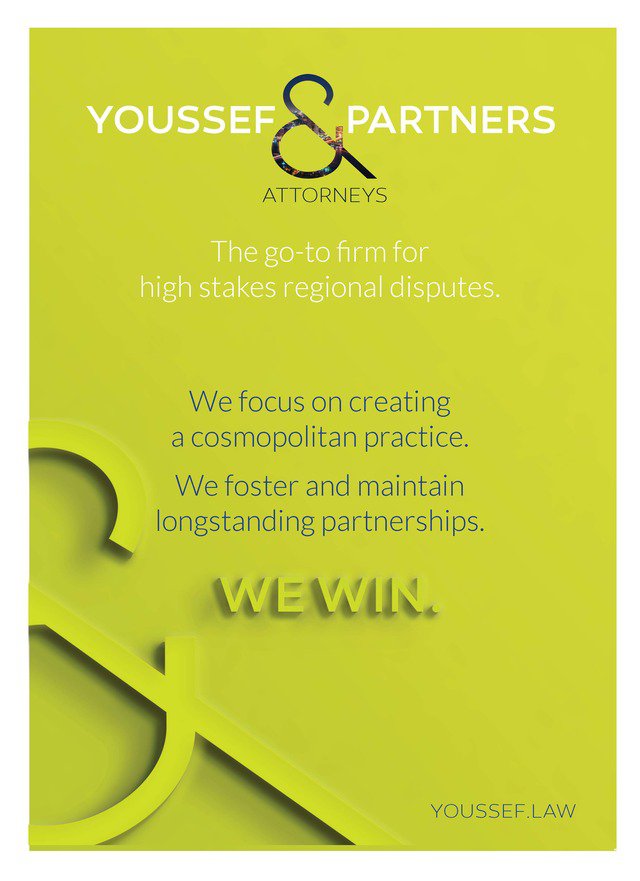