Obtained a US$1.2 billion payout from Malaysia and won a new mandate against Thailand

The new department was led by John Beechey, who went on to serve as president of the ICC International Court of Arbitration from 2009 to 2015. Over 15 years, the group became a major international arbitration brand – strong in London, New York and Paris. It also became something of a training ground for lawyers seeking to get a start in the field. But a tough financial crisis and the departure of Beechey and another key partner, Jason Fry, for the ICC left the group looking a little lean.

The reinvigorated group is now co-led by Audley Sheppard (who became a QC in 2015 and chair of the LCIA Board in 2017) and Fry, who rejoined the Paris office in 2012 after five years with the ICC. Fry’s deputy at the ICC, Simon Greenberg, also joined in Paris and was rapidly promoted to partner.

The wider firm has a great name in banking and finance, leading to some exciting banking-related arbitrations involving institutions such as Crédit Agricole, Standard Chartered Bank and Standard Bank of South Africa.

In the Middle East, it has represented Abu Dhabi sovereign wealth fund IPIC.

A rare state client is São Tomé and Príncipe in a law-of-the-sea arbitration filed by Malta over the detention of an oil tanker.

In 2013, the team won a US$1.4 billion partial award for Shell and its consortium partners in an Abuja-seated arbitration against the Nigerian National Petroleum Corporation. A Nigerian court later enjoined the arbitration from continuing. A US court petition to enforce the award has been stayed pending a challenge to the Nigerian injunction.

The German disputes team managed to set aside a €220 million award from the German Arbitration Institute (DIS) – one of the few times that a DIS award of that magnitude has been overturned.

The firm helped the Abu Dhabi government-owned International Petroleum Investment Corporation negotiate a US$1.2 billion payout from Malaysia’s sovereign wealth fund 1MDB – the final tranche of which was paid in early 2018. The settlement brought an end to a US$6.5 billion LCIA claim concerning the alleged breach of a bailout deal in the wake of the scandal over missing 1MDB funds.

The Perth and Hong Kong offices received a new mandate from Australian mining company Kingsgate for an UNCITRAL claim against Thailand under a free trade agreement. It follows the suspension of the company’s gold mining operation on environmental grounds. Clifford Chance is also helping Kingsgate in litigation against its political risk insurers.

Another instruction came from Australia’s New Century Resources to defend against an LCIA claim brought by a Belgian metals processing company over “legacy” contracts for a newly acquired Queensland zinc mine.

Clifford Chance continues to advise Churchill Mining in ICSID annulment proceedings, where it seeks to revive a US$1.3 billion claim against Indonesia that was thrown out after the tribunal found evidence that mining licences had been forged.

At ICSID, it is also acting for Singapore’s OleoVest in a claim against Indonesia over a palm oil refinery; and for Cortec Mining in a case against Kenya.

In the Hong Kong courts, it is representing Malaysian media conglomerate Astro in efforts to enforce a US$130 million SIAC award against Indonesia’s Lippo Group. The bulk of the award has been declared unenforceable by the courts of Singapore, where the arbitration was seated.

At the start of 2017, Audley Sheppard QC took over as chair of the LCIA board after Canada’s J William Rowley QC completed his four-year term.

In Perth, Sam Luttrell was promoted to the partnership. The firm also made counsel in Paris, Düsseldorf and Munich.

He describes partner Alex Panayides as “on the ball; whether he’s on a plane or in a meeting half way around the world – a response to your question is guaranteed.” The client also praises senior associate Paul Coates, whose “measured and calming approach” will make him “a worthy partner someday soon”. 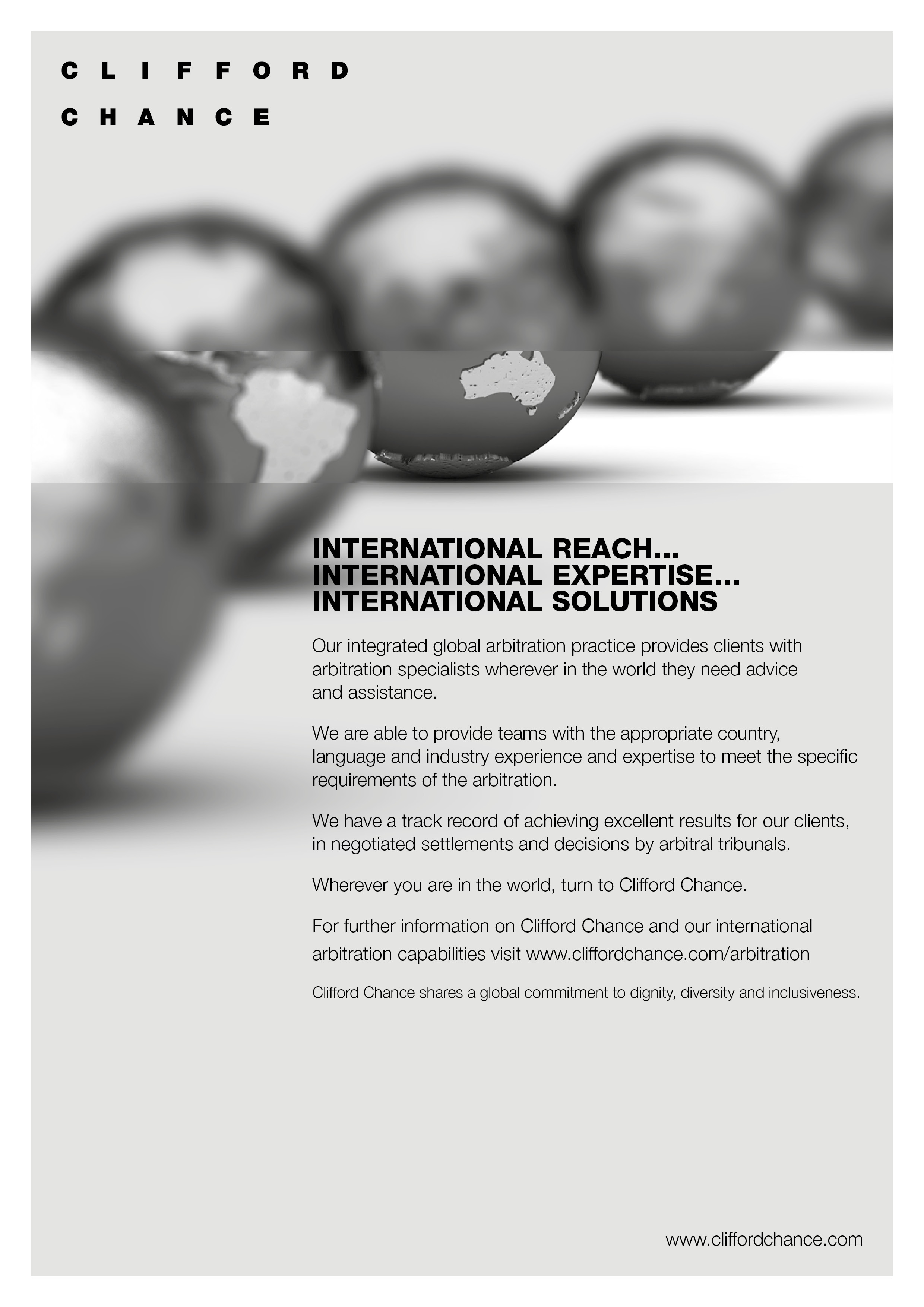