Won a pair of ICSID awards against Kazakhstan

Launched in 2009, this Parisian boutique originally brought together two leading French arbitrators, Yves Derains and the late Serge Lazareff, with two younger partners, Hamid Gharavi (formerly of Salans) and Bertrand Derains, the son of the co-founder.

Though Lazareff left to join another boutique not long afterwards, Derains & Gharavi has gone from strength to strength.

The partnership expanded in 2011 with the arrival of Dutch lawyer Mélanie van Leeuwen from Loyens & Loeff, followed by the hire of Eloïse Obadia, a long-term senior counsel at ICSID. Obadia launched the firm’s first overseas offices in Washington, DC in 2014, while a new office in Beirut is run by the first partner to be promoted from its associate ranks, Nada Sader.

Yves Derains, Gharavi and van Leeuwen all sit as arbitrators and have been appointed to the ICSID panel of arbitrators. Derains, a former secretary general of the ICC Court, was appointed chairman of the ICC Institute of World Business Law in 2010 and is an ICCA board member.

Gharavi has an enviable record of success as counsel in ICSID cases. He’s also a thought leader in the arbitration community, having emerged as a trenchant critic of the ICSID annulment system.

Paris, DC and Beirut. Opening in the latter two cities makes sense in light of its high quantity of ICSID cases, many of them brought by investors with links to Lebanon and the wider Middle East.

Albania has been a returning client for investor-state work, with the governments of Sudan, Romania, Turkey and Togo also lining up to use the firm.

Other clients in investor-state matters include the owners of Iranian consumer electronics group Entekhab in a claim against South Korea and Tunisian investor Kontinental Conseil Ingénierie in a €200 million claim against Gabon under the Organisation of Islamic Cooperation investment agreement.

Iranian banks Melli and Saderat are using the firm for an investment treaty claim against Bahrain – thought to be the first ever filed against the state – over the expropriation of their interests in a local bank. Turkish engineering firm Attila Dogan retained it for an ICSID claim against Oman.

Other private clients include Alcatel, Invista, Thales, Vinci, Veolia and various Greek companies in construction and M&A disputes. A more controversial client has been French businessman Bernard Tapie, who used Derains & Gharavi and Betto Seraglini to defend his arbitration award against a French government entity over the sale of his stake in German sportswear brand Adidas.

Derains & Gharavi helped Turkey knock out one of the biggest cases in ICSID’s history in 2010: a US$19 billion telecoms expropriation claim filed by Dutch–Jordanian national Saba Fakes. The tribunal dismissed the claim as frivolous at the jurisdictional phase and ordered Fakes to pay Turkey US$1.5 million in costs.

The firm also helped two Turkish telecoms companies fend off an attempt by Kazakhstan to annul a US$175 million award in their favour.

In 2011, another client, US radio investor Joseph Lemire, won almost US$9 million in an ICSID claim against Ukraine. The award survived an annulment challenge by the state.

There have been various successes for Albania, including defeating a €45 million Energy Charter Treaty claim by Greek fuel distributor Mamidoil in 2015 and thwarting a US$18 million claim by investors in the country’s scratch card market at the jurisdictional stage in 2013.

Derains & Gharavi led oil investor Caratube to success in a resubmitted ICSID claim against Kazakhstan after an earlier claim in which the firm played no part was rejected on jurisdictional grounds.

The tribunal awarded the company US$39.2 million – which has already risen to over US$50 million with interest.

The firm also secured a US$25 million ICSID award against Kazakhstan in favour of Turkish investor Aktau Petrol over the actions of court bailiffs at a port on the Caspian Sea.

On the commercial side, it helped Desert Line Projects – the construction company that famously won moral damages in an ICSID case against Yemen – win around US$22 million plus interest from Oman following two Muscat-seated ICC cases over the building of a ring road and the expansion of the state’s main airports.

Following its instruction by two Iranian banks in the first known investment treaty claim against Bahrain, the leading provider of insurance in Iran has also turned to the firm as it threatens an UNCITRAL expropriation claim against the Gulf state at the Permanent Court of Arbitration in The Hague.

The firm is representing Canada’s Belmont Resources in efforts to annul an ICSID award that rejected its US$1.65 billion claim against Slovakia. Belmont’s co-claimant EuroGas, represented by US counsel, has indicated it plans to file a fresh claim.

Iain McKenny of third-party funder Vannin Capital, who has turned to the firm for a “complex” Geneva-seated arbitration, says that the cost-to-value ratio the firm offers is “extraordinary” – offering flexible fee structures that put them “above even some of the largest full-service law firms in Paris”.

He describes Gharavi as a “masterful legal strategist” and an “exceptional advocate”.

Guy Lepage from La Française Group, the third-party funder of Belmont’s ICSID claim, said he was impressed with the number of senior lawyers working on the case – and calls Gharavi “a workaholic”.

Karl Hennessee, the vice president of Airbus, says Derains & Gharavi has provided him with “some of the finest advocacy I have ever seen”. He says that Yves Derains “never ceases to surprise me with the excellence of his advice”. 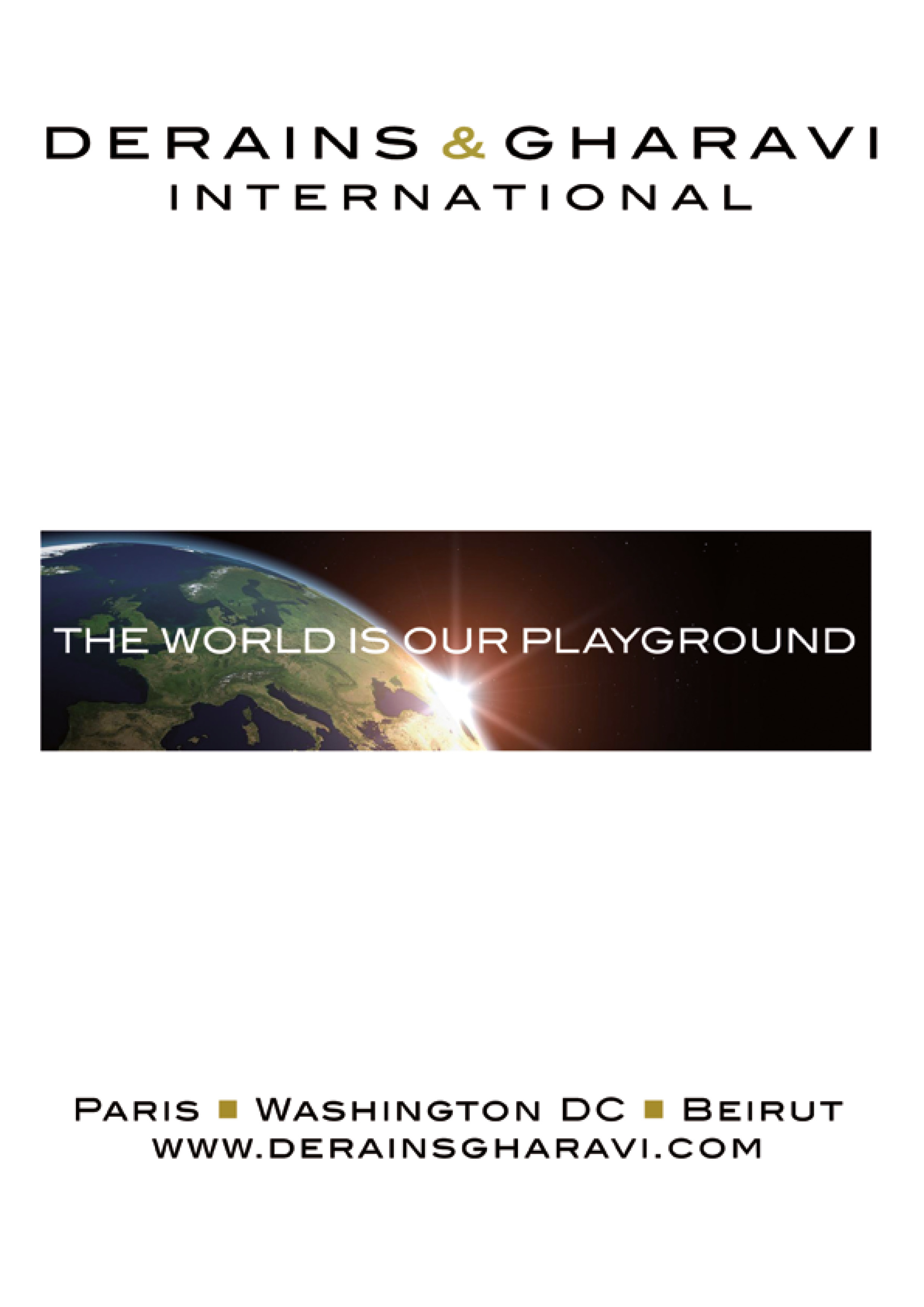