The Brazilian boutique secured a win in a hydroelectric plant dispute

Based in São Paulo, LO Baptista Advogados has long been highly regarded for its two core practice areas of arbitration, and corporate and M&A. The arbitration practice acquired its reputation under the leadership of Luiz Olavo Baptista, a former chairman of the World Trade Organization’s Appellate Body and one of Brazil’s most famous arbitrators. He left the firm in 2015 to concentrate on his practice as arbitrator.

In 2011, LO Baptista merged with Schmidt, Valois, Miranda, Ferreira & Agel, a Rio de Janeiro firm best known for its work in energy, natural resources and infrastructure. The merger – an unheard-of proposition in Brazil at that time – was initially successful. But growing conflicts of interest between the energy and disputes practices led to the unravelling of the merger in 2016. The two firms continue to collaborate on certain cases.

Following the split, Maurício Almeida Prado and Adriana Braghetta continue to co-lead the arbitration team in São Paulo. Braghetta is well known thanks to her role as vice president of the International Council for Commercial Arbitration. She’s also a former chair of the Brazilian Arbitration Committee (CBAr). Braghetta and Prado sit as arbitrators, as does partner Fernando Marcondes, who specialises in construction disputes.

Though the firm lost its office in Rio after the split, it retains its membership of ALFA International, a network of 145 law firms across the Americas, Europe, Africa and Asia.

The firm doesn’t name its clients, but they are known to come from the construction, energy, telecoms, banking and mining sectors, and include government entities. It has acted for Angola and its national diamond company, Endiama, in an investment dispute.

Brazilian retail company Via Varejo used the firm in a shareholder dispute between its parent group CBD and Brazilian billionaire socialite Lily Safra.

It won a US$200 million ICC arbitration that pitched two Brazilian construction companies against a European energy company.

The firm helped a client win US$80 million in a dispute over an electricity supply contract involving a party under judicial reorganisation. A final award was rendered in 2015 granting the client most of its claims.

The firm achieved a significant win in 2016 for a client in a dispute related to the construction of a hydroelectric plant.

It also helped a client settle a US$50 million ICC arbitration over licences for the administration of credit cards.

New instructions came in a US$260 million dispute between a Brazilian group and some large financial institutions over a share purchase agreement; a US$32 million ICC case relating to a thermoelectric power plant; and a US$45 million case concerning the installation of a chemical recovery boiler for a paper plant. 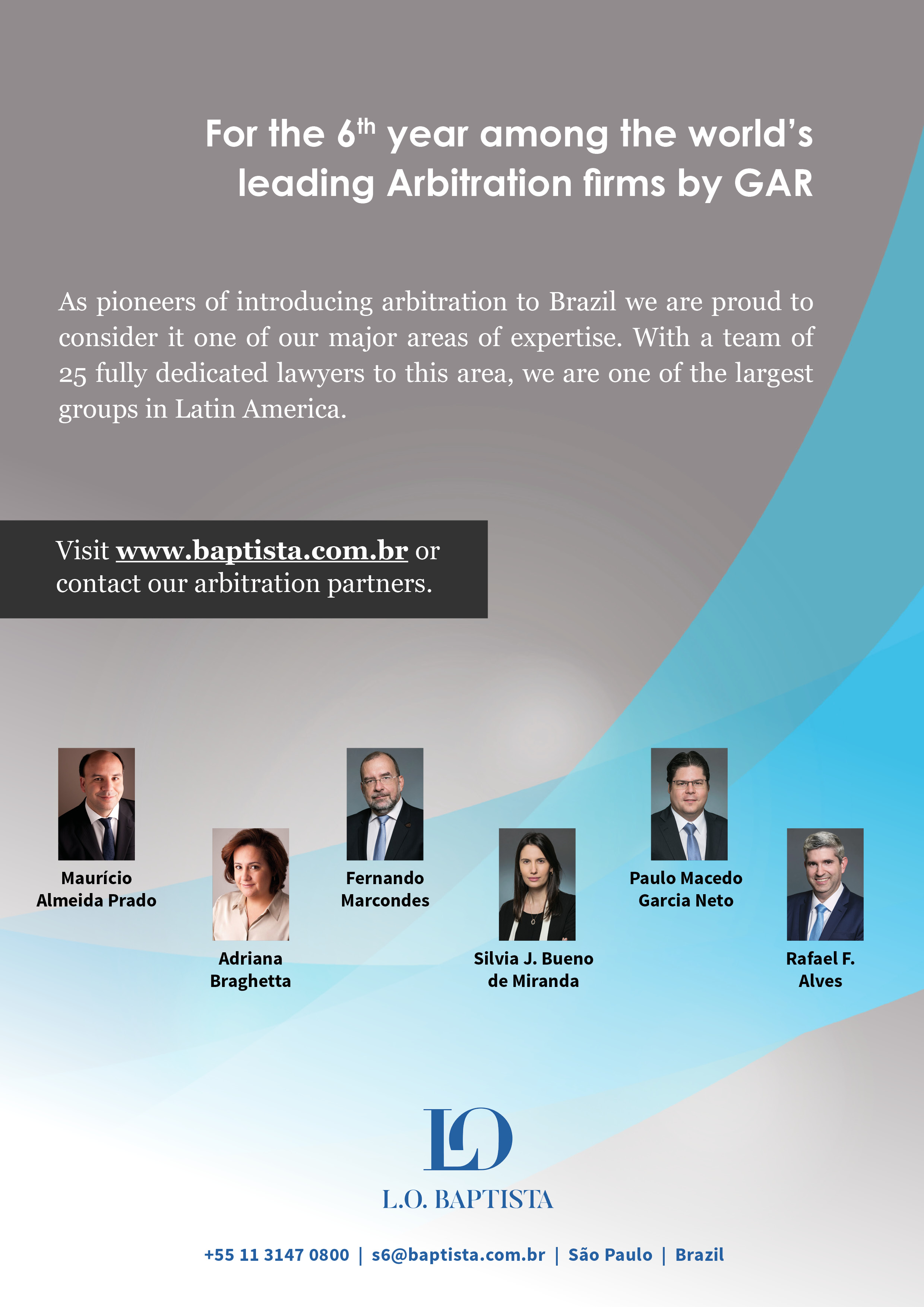