Not long after, the firm – one of Ecuador’s oldest – began to attract many foreign oil and gas companies affected by regulatory changes introduced by the administration of Ecuador’s former president Rafael Correa. It often pairs up with firms such as Freshfields Bruckhaus Deringer, King & Spalding and White & Case on investment cases.

Rodrigo Jijón, a founder and former president of the Ecuadorean Arbitration Institute, leads the international arbitration practice and is also well known for his energy law expertise. Other partners to know are Juan Manuel Marchán, who is increasingly active on investment treaty matters, and Jaime Zaldumbide, who specialises in environmental law.

Energy clients feature prominently on the list. Perenco, ConocoPhillips, Murphy Oil, Noble Energy and Japan’s Inpex have all turned to the firm for investment claims against Ecuador, as has Brazilian state oil and gas company Petrobras.

Chevron has also reportedly used the firm for local law advice in connection with its long-running dispute over environmental pollution in the Amazon rainforest – including in a denial of justice claim against Ecuador playing out before an arbitral tribunal in The Hague.

The firm continues to act alongside Freshfields on behalf of Petrobras and its consortium partners in an UNCITRAL claim against Ecuador concerning the nationalisation of two oil projects. Hearings took place in The Hague in early 2017.

It has also been working with Jones Day in a US$50 million dispute over a contract to build a liquefied petroleum gas site off the coast of Ecuador.

Pérez Bustamante & Ponce co-counselled in an ICDR case, winning a US$2 million award for a franchisor in the electronics sector against a franchisee in Ecuador. 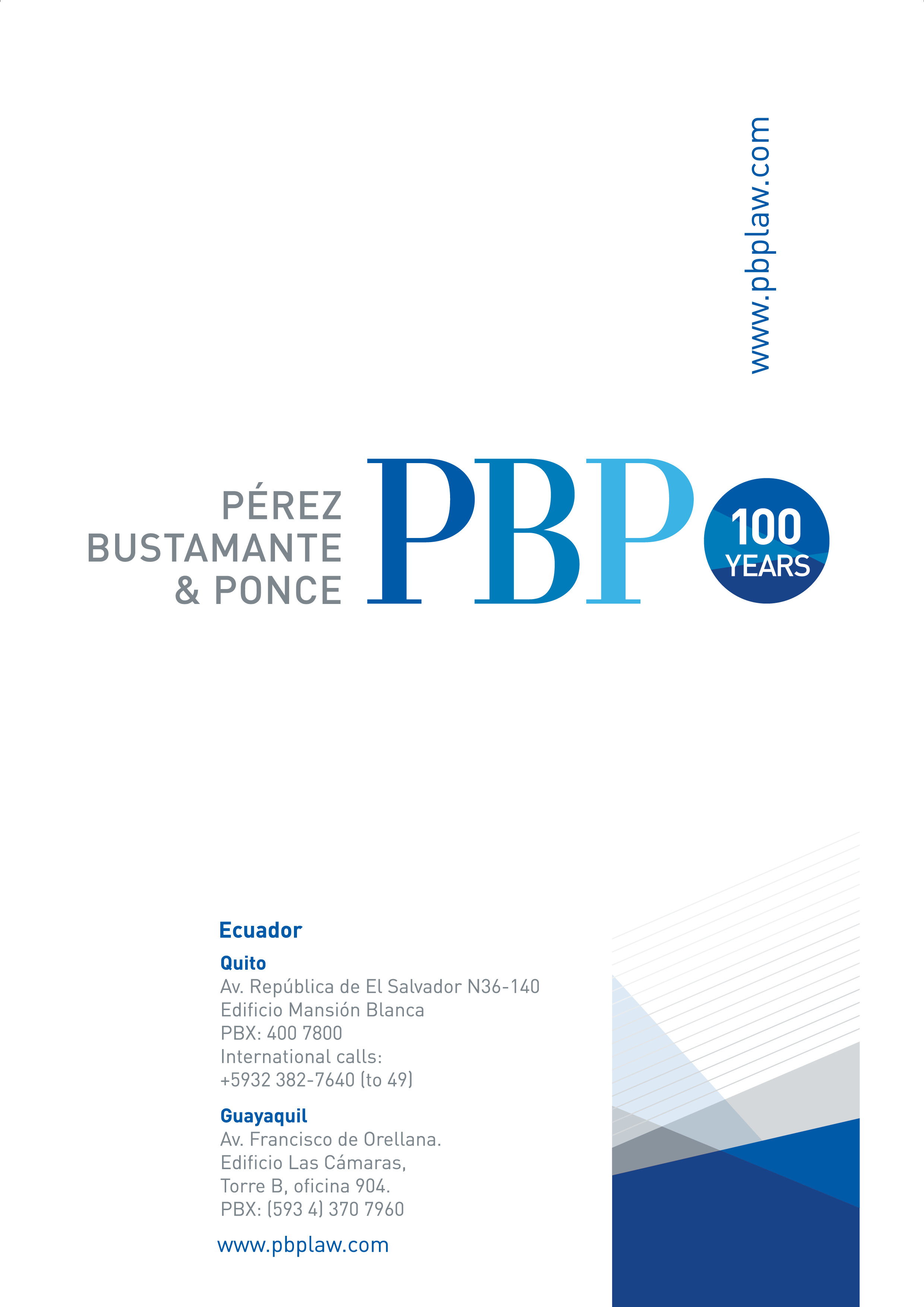