A market leader in Portugal

PLMJ was founded in the late 1960s and now reckons to be Portugal’s largest law firm. It took on its first arbitration in 1979 and has handled over 150 such cases since. It has the distinction of being the first firm in the country to have appeared as counsel in an ICSID.

Most of the team is based in Lisbon and Oporto, but the wider firm has offices or joint ventures in several other Portuguese cities. In addition, it has built up a network of associated firms in Portuguese-speaking countries, of which the most significant for arbitration purposes are Mozambique, Angola and Brazil.

Portuguese construction companies feature heavily on the client list, often in connection with overseas infrastructure projects. But the firm has international clients too: it has acted for Getma (a unit of French logistics group NCT Necotrans) in a multifront dispute with Guinea; Irish building materials group CRH in an ICC matter; and Brazilian piping company Asperbras.

The firm also acts for states. It is defending Mozambique against a US$450 million claim brought by the former holder of a public infrastructure concession.

In 2014, the firm helped Getma win an award for more than €38 million against Guinea in a contractual dispute over a cancelled port concession in Conakry. The case was heard under the rules of OHADA, a pan-African institution based in Ivory Coast. However, the award has since been set aside by an OHADA court because of a controversy over the arbitrator fees, and was denied enforcement in the US. A parallel ICSID claim was largely dismissed in 2016.

PLMJ obtained a good result in 2011 for CRH as respondent in an ICC case brought by Portuguese conglomerate Semapa (represented by Freshfields) over a call option for shares in a joint venture. Although the tribunal ordered CRH to sell its stake in the venture to Semapa, it rejected the claimant’s demand for a 10% discount on the share price as well as a damages claim for US$100 million. The award was upheld at two instances in the French courts.

The firm is acting for Oxy Capital, a leading Portuguese private equity fund, in two shareholder disputes: one regarding the recognition of a call option right and the other relating to a contractual pricing mechanism for shares.

Oxy Capital’s Miguel Lucas says the firm’s work on the cases mentioned above has been “outstanding”.

José Maurício Caldeira, a director of Brazil’s Asperbras, says that José Miguel Júdice has “wide technical expertise” and an ability to “manage the proceeding according to the law and the client’s best interest.” 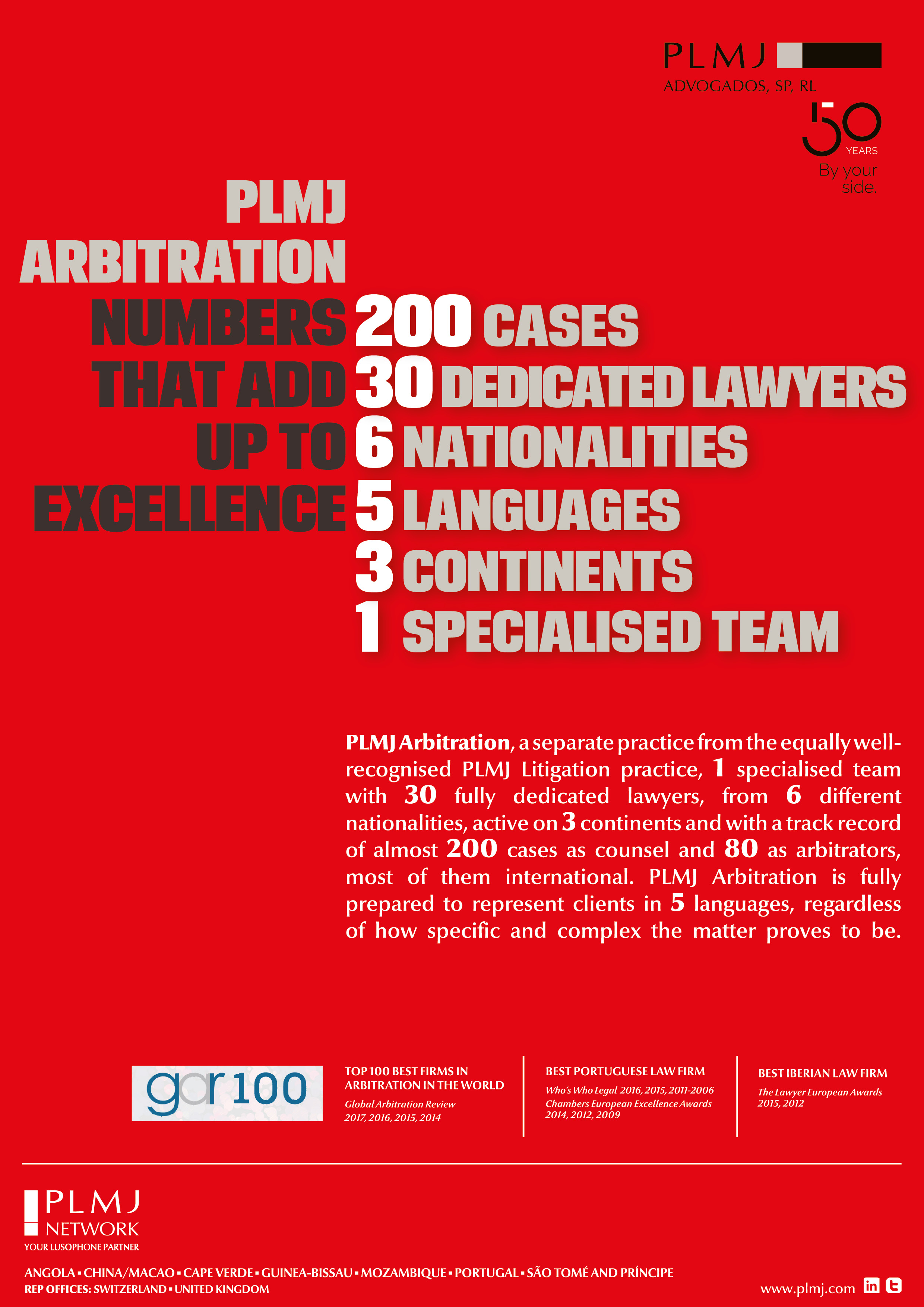