One of Colombia’s foremost arbitrators sets up his own chambers

Zuleta cut his teeth at Baker & McKenzie in Bogotá in the 1990s, acting for Merck Sharp & Dohme in some early cases that generated important local court precedents for arbitration. These days, he’s one of the country’s most in-demand arbitrators on the international stage, as well as a vice president of the ICC Court and member of the LCIA Court.

He was added to ICSID’s roster of arbitrators in 2011 and has sat on investment treaty cases against Bolivia, Greece, Guatemala, Mexico and Peru. He was recently tapped by the Permanent Court of Arbitration to be presiding arbitrator in a US$12 billion claim against Russia brought by former Putin adviser Sergei Pugachev.

He says the chambers will be the first of its kind in Colombia, and probably the first in South America. The structure is intended to afford its members a freedom they do not have within the conventional confines of a big law firm.

While it’s early days for Zuleta Abogados in terms of naming clients and results, the team’s work at GPZ recently included helping General Motors to defeat a US$25 million claim at the Bogotá Chamber of Commerce, winning US$1 million in costs. 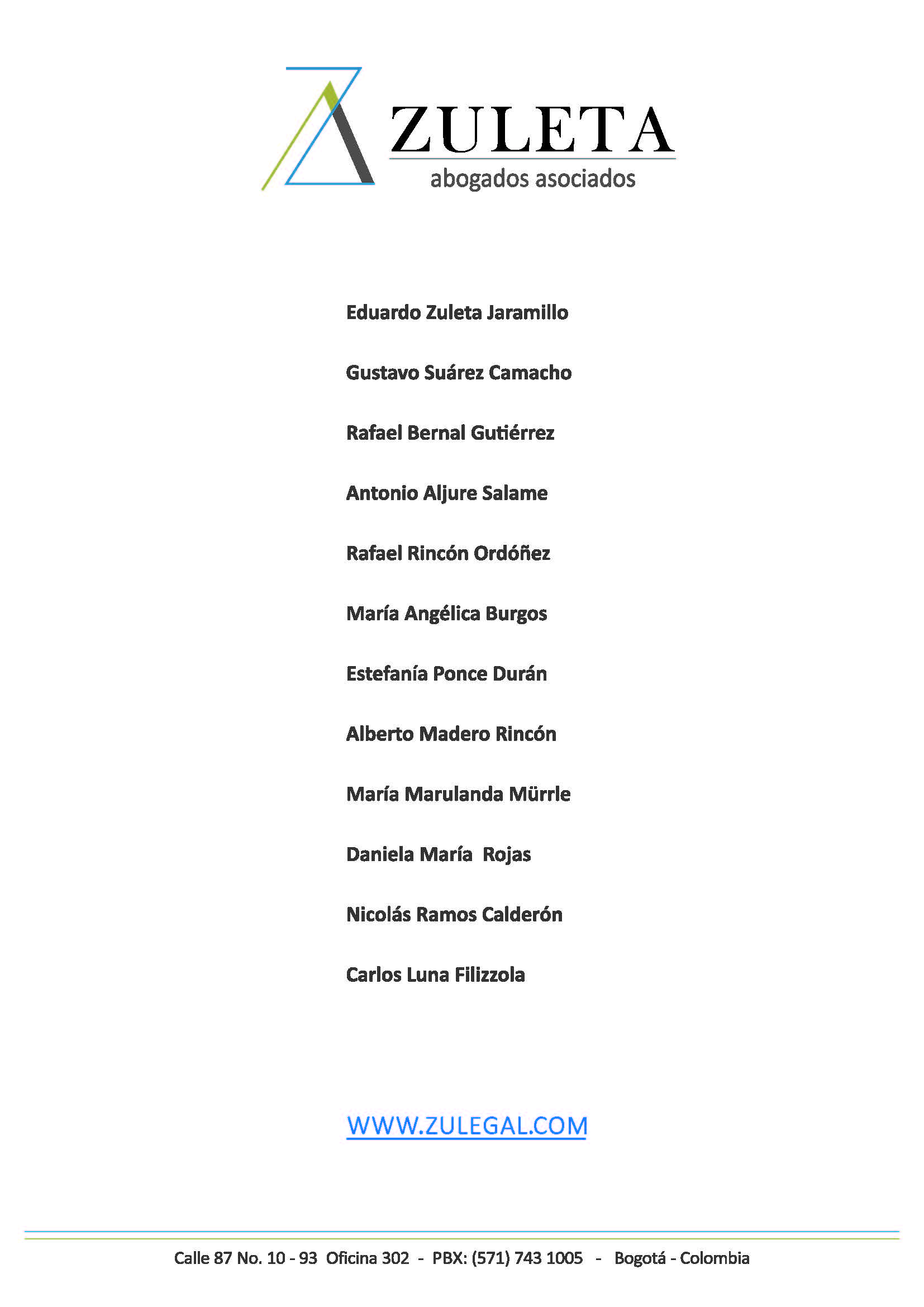