NEW IN 2017: US-based Steptoe & Johnson began developing its arbitration practice in the early 2000s, but 2016 was its breakout year, after it achieved outstanding results in a pair of ICSID cases against the Mugabe government in Zimbabwe. The firm picked up a GAR Award in that year in the category of “international arbitration practice that impressed”.

The firm’s modern arbitration practice took root when Steven Davidson in Washington, DC, helped Motorola launch multiple claims against Turkish businessman Cem Uzan and his family. That dispute led to successful enforcement proceedings and the second ICSID claim ever to be filed against Turkey, which the firm settled in the mid-2000s.

Following its success with Turkey, Steptoe continued to build its investment treaty practice with the hire of Lucinda Low in Washington, DC. Low has acted in Corn Products v Mexico –  a case that produced the largest NAFTA award at the time it was issued – and served as US-appointed arbitrator in another dispute under the free trade agreement.

In 2007, the firm bolstered its practice with the addition of partner Matthew Coleman in London. Accompanying him were three investment treaty cases against Zimbabwe, including one that featured the largest number of claimants in a single ICSID case at the time.

In those awards, a tribunal directed Zimbabwe to return legal title to the claimants and ruled that the land reform programme was racially discriminatory, making it the first ICSID cases to consider discrimination on the basis of race and one of the few where restitution was ordered. The firm continues to defend the awards in annulment proceedings at ICSID.

Steptoe & Johnson also recently acted for African regional bank Ecobank in a dispute with its disgraced former CEO Thierry Tanoh that was playing out in an UNCITRAL arbitration as well as litigation in Togo (where Ecobank is based), Ivory Coast and the UK. The dispute settled in February 2016.

In addition to London and Washington, DC, the firm has practitioners in New York and Beijing.

The New York team is helping ExxonMobil subsidiary Mobil Cerro Negro defend its US$1.6 billion award against Venezuela in enforcement proceedings. It also acted for a leading diamond retailer seeking to enforce an ad hoc award against its former business partners.

In Beijing, the firm has been retained by China to help it negotiate an investment treaty with the EU. The firm has also advised the governments of Canada, Kazakhstan, the Dominican Republic and South Korea. 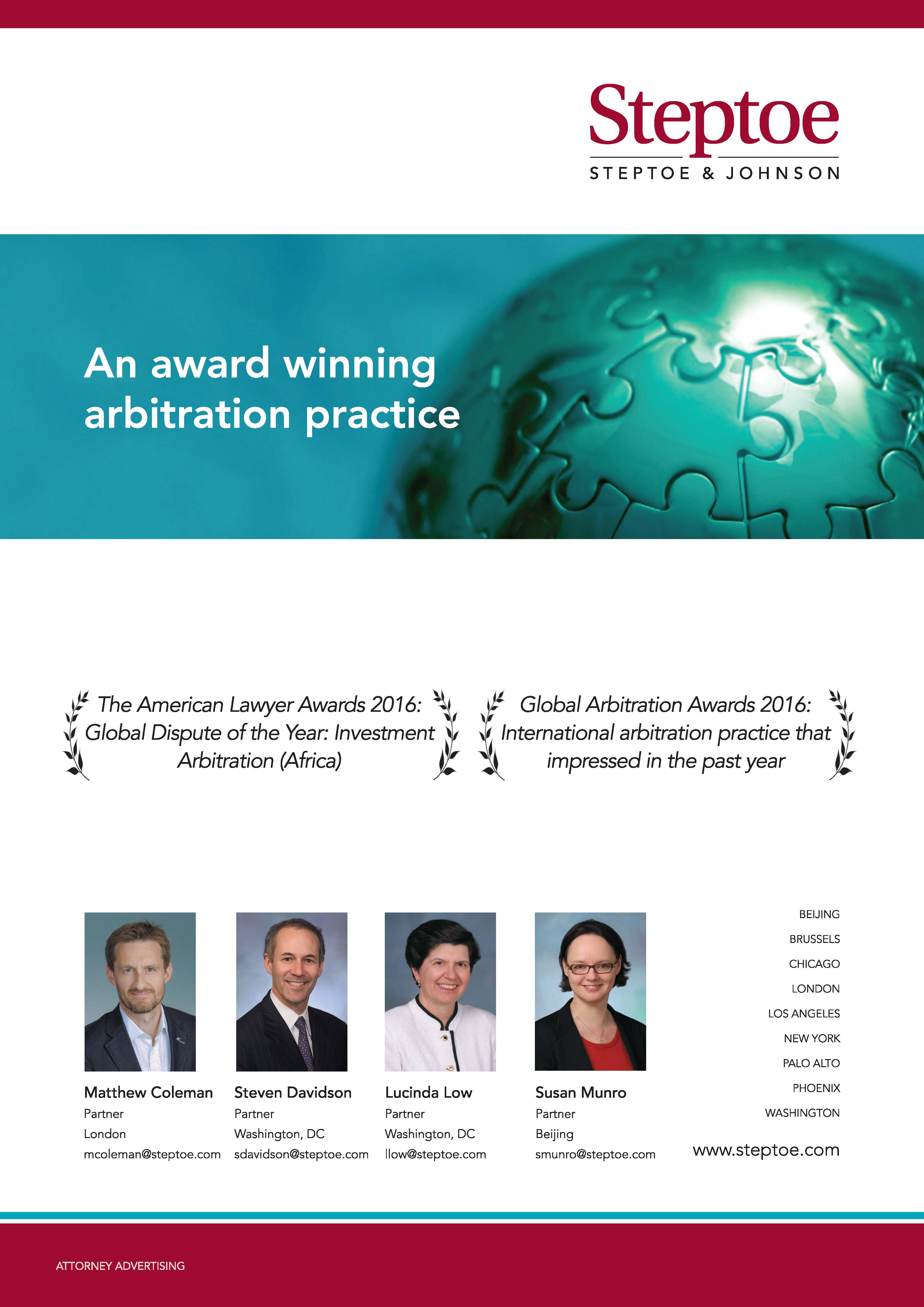