Home to the new chair of SIAC

This Singapore firm, which can trace its origins back to the arrival of the first qualified lawyer in British Malaya in 1859, prides itself on being one of the largest players in the local arbitration market. Six senior counsel devote substantial time to the area – all of them home grown.

The department has grown in sync with Singapore’s emergence as a centre for international cases and several of the senior names sit as arbitrators. Cavinder Bull SC, one of the senior partners in the practice, is the best-known name internationally. He’s vice president of the Asia Pacific Regional Arbitration Group and deputy chairman of the Singapore International Arbitration Centre (SIAC). Other names to know include Davinder Singh SC, recently appointed as chairman of SIAC, and Jimmy Yim SC.

Asian multinationals, to a large extent. For example, the firm has advised an Indonesian conglomerate on a property development dispute and recently counselled an Indian investment company on a telecoms case. It boasts a number of major Malaysian clients, including Berjaya Group, automotive manufacturer Sapura Industrial and oil and gas company Petra Energy.

One of the firm’s most eye-catching results was helping to annul the bulk of a US$100 million SIAC award relating to the acquisition of steel assets in the Philippines. Drew & Napier wasn’t involved in the arbitration but assisted a group of respondents including the Philippine National Bank in their challenge to the award. The Singapore High Court set aside the entire award at first instance, with the Court of Appeal reinstating only a US$20 million portion of the award in 2015. The high-profile case saw the involvement of most of Singapore’s leading arbitration firms.

Drew & Napier garnered more headlines in 2015 when it helped the government of Laos overturn an award that had upheld jurisdiction over a billion-dollar claim by a Macao-registered casino investor. However, Singapore’s Court of Appeal reinstated the award in the following year, holding that Laos’s bilateral investment treaty with China extends to the former Portuguese colony of Macao under the “moving treaty frontiers” rule.

In 2012, Bull and his team helped Singapore’s main power provider settle an US$80 million dispute with Australian listed company Downer over the construction of an underground electrical services tunnel. The Australian side reportedly paid US$40 million to settle the dispute.

Together with Paul Hastings, the firm defended Indian brothers Malvinder and Shivinder Mohan Singh in an ICC claim brought by Japanese drug maker Daiichi Sankyo over its acquisition of a stake in India’s Ranbaxy Laboratories. A tribunal awarded the Japanese claimant US$525 million in April 2016.

Drew & Napier prevailed in the first-ever case to be decided by the new Singapore International Commercial Court, which ruled that the firm’s Indonesian client Bayan Resources did not breach a joint venture agreement for the use of pollutant removal technology from low-grade coal.

The former head of the firm’s construction and engineering practice, director Lee Chau Ee, left for King & Wood Mallesons. Benedict Teo was promoted to director in May 2016. Davinder Singh SC was named chairman of SIAC.

A Chinese geophysical services client praises the group’s response time, business acumen, industry knowledge and appropriate advice. It has a good overall strategy and lawyers work well in both English and Chinese, saving time and misunderstandings, the client says. It singles out Julian Kwek, Rakesh Kirpalani and Teri Cheng for their “professional and efficient service”.

A client who retained the firm for a technology implementation and operations dispute describes the its performance as “extraordinary” given the highly technical nature of the matter. It says the team trawled through masses of documentation and dived deep into each issue.

As well as lead counsel Jimmy Yim, the client praises Erroll Joseph and Mahesh Rai: “Both expressed a commendable level of personal engagement and were always available to provide support, guidance and direction from start to end.” 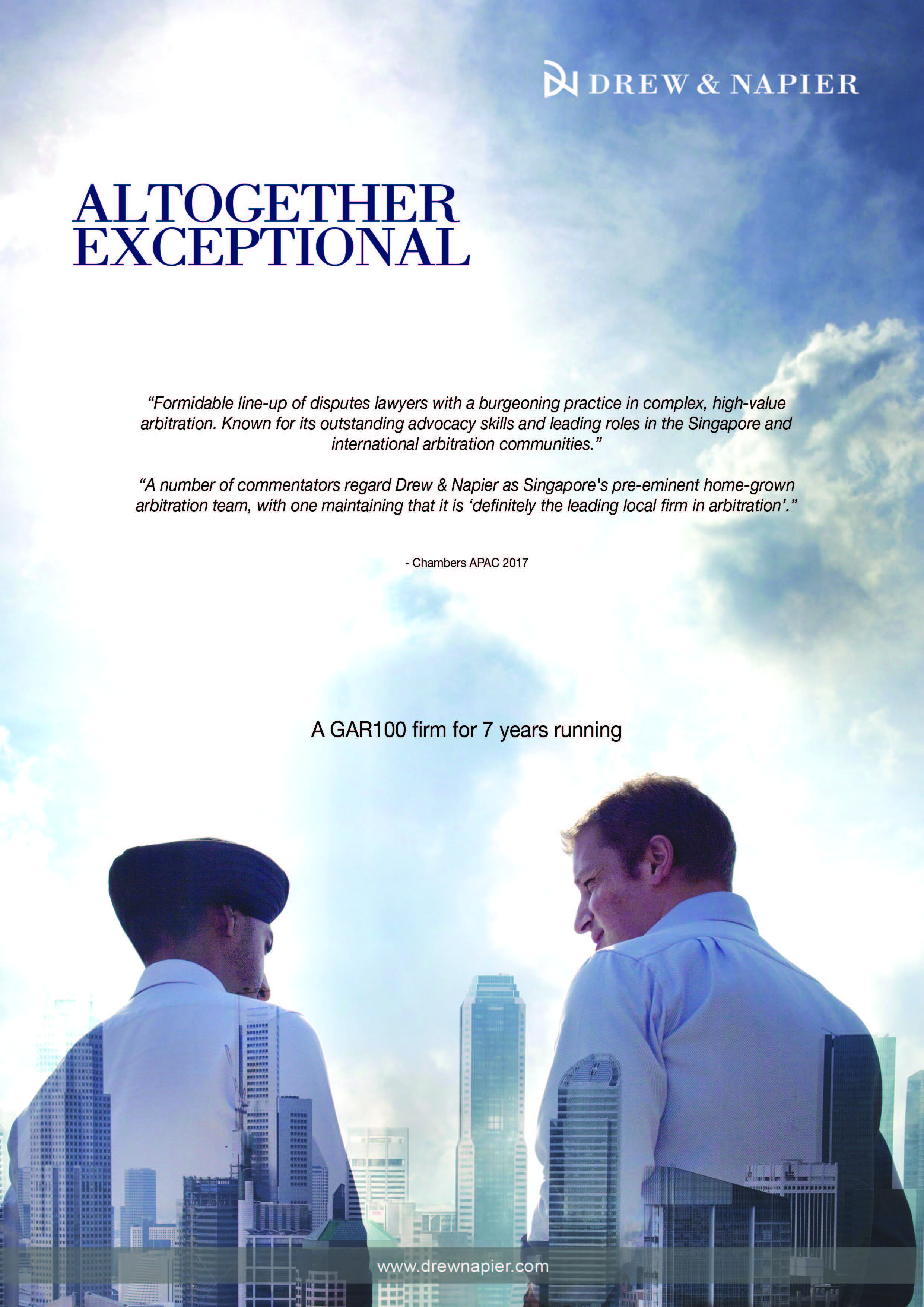