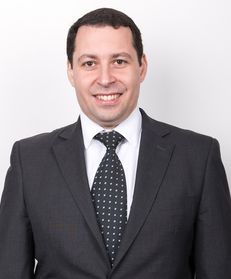 Dr Zaid Mahayni specialises in commercial law and dispute resolution, with a focus on the Saudi Arabian and Middle Eastern market.

After qualifying as a lawyer in Quebec in 2002, Dr Mahayni spent 10 years in private practice with the Law Firm of Hassan Mahassni, in collaboration with White & Case and other international firms. As a practitioner, Dr Mahayni has been praised by clients for his ‘professionalism and concise responses’, ‘cross-border capability’, and ‘unparalleled local knowledge and client commitment’ (The Legal 500, 2011-2015). He has also been recognised as a ‘rising star’ (IFLR 1000, 2015).

Subsequently, Dr Mahayni took up an in-house position within Saudi Economic and Development Holding Co, first as vice head of legal and, since February 2017, as head. His contributions in that role have so far earned him various accolades and awards, including the ‘General Counsel of the Year (Large Team)’ award in 2018 and inclusion in The Legal 500 GC Powerlist in the Middle East.

Dr Mahayni also dedicates much of his spare time to writing and teaching. He is a prolific author on Saudi law and practice. He serves as a member of the editorial board of the Journal of Law in the Middle East, as well as a member of the advisory board of Lexis Middle East Law Alert. Last but not least, he has taught international trade and international investment law at Dar Al-Hekma University in Jeddah.