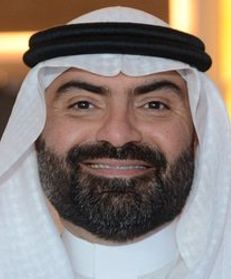 Yaseen Bin Khalid Khayyat is the chairman of the SCCA Board and holds a masters degree in law and professional practice, with excellent grade, from King Abdul-Aziz University in Jeddah.His extensive professional experience includes his role as a lawsuit researcher in Ministry of Hajj and Ummra from 1996 to 1998; obtaining a legal consultation license since 1997; obtaining a license to practise law number from Ministry of Justice; becoming a certifi ed arbitrator, Saudi Ministry of Justice; becoming vice-chairman of the Lawyers Committee at the Chamber of Commerce and Industry in Jeddah for the 19th session and becoming chairman of the for the 21st and 22nd sessions; becoming a member of the National Lawyers Committee, Council of Saudi Chambers; becoming chairman of the Board of Directors,GCC Commercial Arbitration Center and Representative of the Kingdom of Saudi Arabia in 2012 and 2016; becoming a member of the Board of Directors, General Commission of the Guardianship of Trust Funds for Minors and their Counterparts; being a former member of the Standing Committee for Saudi Arbitration Centers; and being a member of the Bankruptcy Committee (Amiable Conciliation against Bankruptcy Committee).