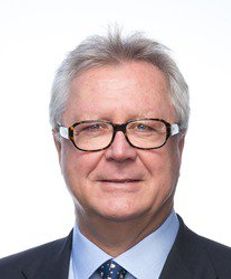 Wolfgang Peter is a founding Partner of Peter & Partners, a specialist dispute resolution practice in Geneva, Switzerland, in 2016 and is recognized by clients and peers alike as one of the most in-demand counsels and arbitrators in Europe and globally. Prior to his new venture, Dr. Peter founded Python & Peter in 1982, where he headed the arbitration group, and was CEO of two luxury watch manufacturers for 12 years. Before focusing his practice on international arbitration in 2001, he gained extensive experience as an M&A practitioner advising on some 70 substantial transactions. Dr. Peter is currently particularly active in cases involving complex issues of valuation, including post-M&A disputes, shareholder disputes, joint ventures and projects stemming from the energy sector – especially oil and gas – and heavy industry. In recent years, he has been involved in numerous arbitrations stemming from transactions in the Asia-Pacific region.

Dr. Peter regularly advises on contentious matters and contract renegotiations. He is also instructed by third-party funders to evaluate the merits of claims, especially with regard to damages. An active speaker and contributor to the arbitration community at large, he is a member of the LCIA Board of Directors and of the ASA Board.