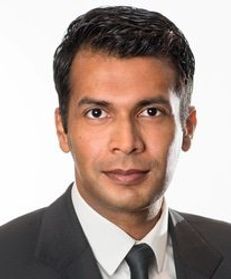 Wesley's regional focus is on Africa and the Middle East, and has also developed a non-contentious expertise on Iranian matters these recent years. He has been advising numerous large multinational companies in relation to sanctions, investment protection and doing business in Iran generally.

Wesley is mentioned in Legal 500 and described as 'a strong advocate and strategist, who shows excellent grasp of the details of a case'. He has been listed by Euromoney’s “Rising Stars 2018” guide as one of the 10 rising stars in commercial arbitration for France. In addition and as part of the Palmarès du Droit, Wesley's team won the bronze award in Arbitration in 2020.

Wesley lectures on OHADA arbitration and disputes in Africa at the University of Paris II Panthéon-Assas. He is a member of several arbitral organisations, is a founding member of AfricArb and serves on the advisory board of the MARC Court, the leading arbitral institution in Mauritius dedicated to resolving Africa-related disputes.

Wesley holds postgraduate degrees in International Law from Paris I Panthéon-Sorbonne and Paris Ouest Nanterre Universities and is fluent in English and French. He is admitted to the Paris Bar.