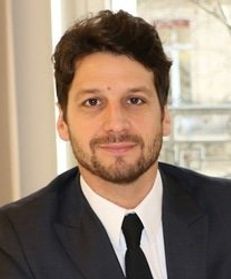 Victor Datry is senior associate in DWF’s International Arbitration group. He acts as counsel in commercial and investor-state arbitration, and in proceedings for the annulment of arbitral awards before ICSID and French courts.

Victor has represented African, European, Central Asian and Latin American States, state-owned entities and private sector companies in ICSID, UNCITRAL, ICC and SCC arbitrations, involving various industries, including oil and gas, nuclear, mining, construction, mergers and acquisitions, agriculture and telecommunications, with amounts in dispute ranging from US460 million to US412 billion. Victor also advises clients in the negotiation of petroleum and mining contracts in sub-Saharan African countries. Prior to joining DWF in January 2018, Victor practised for seven years in a leading international arbitration law firm in Paris. He holds a master's II degree in International Economic Law from Paris I – Panthéon-Sorbonne University and an LLM degree in International Dispute Resolution from Queen Mary University of London. He is admitted to practice in Paris and is fluent in French, English and Spanish.