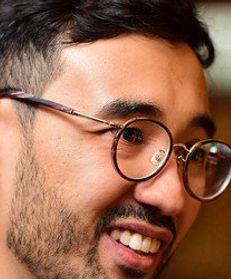 Valikhan Shaikenov is the head of AEQUITAS Dispute Resolution and Arbitration practice. He represents clients in the Kazakh courts of all levels and handles complex evidence heavy cross-border commercial disputes. He has represented clients as counseland assisted them in other forms in commercial arbitrations under the SCC, LCIA, ICC, UNCITRAL, and GAFTA rules, as well as under the rules of several Kazakhstan arbitration institutes. He has acted as an expert in foreign court proceedings andinvestment arbitrations (ICSID). Valikhan has received appointments as an arbitrator in foreign sited (Geneva, Stockholm) and domestic arbitrations.He graduated with honors from the Adilet Academy of Jurisprudence (Almaty) and earned his LL.M. degree from the Georgetown University Law Center (Washington, D.C.)where he was majoring in international commercial and investment arbitration. He completed legal and research internships at the Law Library of Congress and the International Law Institute “ILI” in Washington, D.C., and took internship with the international arbitration practice of Wilmer Cutler Pickering Hale and Dorr LLP inLondon. Under Valikhan's supervision the firm's dispute resolution practice has been ranked in Band/Tier 1 by Chambers & Partners (in 2014 and 2018) and Legal 500 (in 2017, 2018, and 2019). The firm’s real estate and construction practice, significantlycontributed by Valikhan, has been ranked likewise by the same directories in 2017 and 2018. Having spent two and a half years in Moscow, he now divides his time betweenGermany and Kazakhstan.