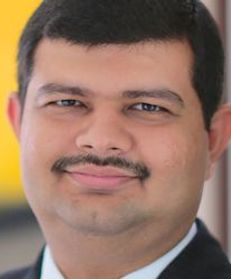 Tejas Karia is a partner and head of the arbitration practice at Shardul Amarchand Mangaldas. He has wide experience in handling international and domestic commercial arbitrations across sectors involving disputes relating to oil and gas, shareholders’ agreements, joint ventures, construction and infrastructure, insurance, real estate and private equity. He has represented multinational and Indian corporations in ad hoc and institutional arbitrations involving major arbitration institutions such as the LCIA, the ICC, the ICA, the ICADR, the RSA, the ICDR and the SIAC, seated in India, Paris, London and Singapore.

Mr Karia has been part of the committee of the Law Commission of India for recommending amendments to the Arbitration and Conciliation Act 1996 and also of the High-Powered Committee for Institutionalisation of Arbitration in India.

Mr Karia acted as sole arbitrator in an arbitration under ICC Rules having its seat in New Delhi. He has been recognised as a ‘leading lawyer in dispute resolution’ by Asialaw Leading Lawyers, mentioned in The Legal 500, ranked in Chambers & Partners and listed as a ‘future leader’ by Who’s Who Legal 2018.

He is a member of the ICC Commission on Arbitration and ADR, the vice chairman of the Society of Construction Law – India, and the director of the India branch of the Chartered Institute of Arbitrators. He has co-authored a number of publications on arbitration.