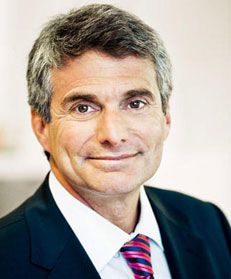 Stephen L Drymer is head of Woods LLP’s international arbitration group. For over 20 years, his practice has been devoted almost exclusively to international arbitration, as both advocate and arbitrator. Educated and trained in both the common law and the civil law, fluent in French and English and with an excellent working knowledge of Spanish, Stephen has pleaded cases and served as party-appointed arbitrator or tribunal president in international commercial and investment treaty disputes involving the laws of many jurisdictions. He has acted in important commercial and treaty disputes in the manufacturing, construction, petrochemical, oil and gas, mining, energy, environmental, financial services, hospitality, transportation, aviation, IT, outsourcing, telecommunication, aerospace and crop science industries, among others. Stephen is also very active in the resolution of sport-related disputes in Canada and internationally. He also advises and represents government and non-governmental clients, and has served as neutral fact-finder, mediator and adviser to the Secretary-General of the UN in matters involving maritime delimitation and transboundary resource development.

Stephen is a frequent lecturer and author on in the areas of international arbitration and dispute resolution.