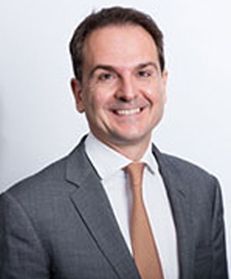 Stavros Brekoulakis is a professor in international arbitration and commercial law at Queen Mary University of London, as well as a member at 3 Verulam Buildings. He is the Director of the Institute for Regulation and Ethics at Queen Mary, and the Co-Chair of the ICCA-Queen Mary Task Force on Third-Party Funding, a member of the ICC Task Force on Emergency Arbitrator, a Member of the ICC Commission on Arbitration, an assistant rapporteur in the International Law Association Committee on International Commercial Arbitration, the General Editor of the Journal of International Dispute Settlement and the Editor-in-Chief of the (CIArb’s) International Journal of Arbitration, Mediation and Dispute Management. Professor Brekoulakis has been involved in international arbitration for more than 20 years as counsel, arbitrator and expert. Having practised commercial law, arbitration and litigation as in-house counsel and private practitioner, he currently serves as arbitrator and expert. He is regularly listed in Who’s Who Legal: Arbitration and was also listed in Who’s Who Future Leaders: Arbitration 2017 as one of the 10 most highly regarded future leaders, described as ‘very thorough and professional’ and ‘held in the highest regard’. He was named as a Who’s Who Legal: Thought Leader – Arbitration 2018, which includes an exclusive list of ‘the most highly regarded arbitrators who truly stand out in their field as being leaders and who are held in the highest esteem by their clients and fellow practitioners’. He was nominated for the ‘Best Prepared and Most Responsive Arbitrator’ Award of the Global Arbitration Review in 2016 and 2017. Professor Brekoulakis has been appointed in more than 30 arbitrations, as chairman, sole arbitrator, co-arbitrator and emergency arbitrator under the rules of the International Chamber of Commerce, the London Court of International Arbitration, the Stockholm Chamber of Commerce, the Danish Institute of Arbitration, the Court of Arbitration for Sports as well as in ad hoc arbitrations under the UNCITRAL Arbitration Rules. His professional expertise focuses on arbitrations in the context of major construction and complex infrastructure projects, energy and natural resources projects, as well as international business and trade transactions, including sales of goods, financial transactions, indemnity and distribution shareholders’ agreements, IP contracts and sports disputes.