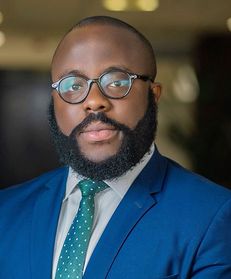 Stanley is a senior associate at Templars and is admitted to practise law in Nigeria, the State of New York, and England & Wales. Before joining Templars, he worked at international law firms in London.

He holds a master of law degree in international economic law from Harvard Law School and a second master of law degree in commercial law from the University of Cambridge. He also graduated with first-class honours from Nnamdi Azikwe University and won several top prizes during his academic training, including for brief writing and advocacy. Stanley is recognised as ‘one of Africa’s 50 Most Promising Young Arbitration Practitioners’ by the Association of Young Arbitrators, and his practice primarily focuses on complex and high-value commercial litigation, international/domestic commercial and investment treaty arbitrations, commercial mediation and public international law. He has experience with disputes across a broad range of industries, including construction, energy and natural resources, technology and telecommunications, professional services and general commercial law issues. He is also experienced in investigations, white-collar and compliance — specifically advising and representing individuals, corporations and government agencies in all matters involving internal investigations, regulatory compliance and enforcement, and allegations of bribery, corruption, fraud and money laundering; as well as transaction advisory — particularly drafting, negotiating and reviewing transaction documents relating to energy and natural resources, finance, technology and telecommunications, projects and infrastructure development, and mergers and acquisitions.

Stanley is currently a co-chair of the Lagos Court of Arbitration – Young Arbitrators Network, a Young ICCA regional representative for Africa, and a member of the Africa Users Council of the Singapore International Arbitration Centre, Association of Young Arbitrators and Young ITA, among others. He has also served as an editor of several journals, including the Cambridge Journal of International and Comparative Law, Harvard International Law Journal, Harvard Negotiation Law Review and Harvard Africa Policy Journal.