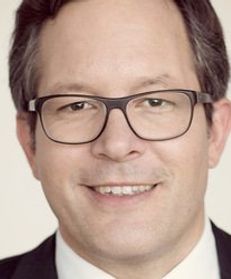 Simon Manner is a German attorney specialising in international dispute resolution with a particular focus on arbitration, and is a founding partner of the boutique law firm Manner Spangenberg. He assists and represents companies in commercial, construction and energy disputes as well as in complex contract negotiations. In addition, he regularly acts as an arbitrator and as a member of dispute adjudication boards.Simon Manner combines many years of experience as an in-house counsel in a globally operating renewable energy company, with his experience as an attorney in dispute resolution law firms. He has a broad track record as counsel and arbitrator in arbitrations under various rules (including International Chamber of Commerce, German Arbitration Institute, Stockholm Chamber of Commerce and Korean Commercial Arbitration Board) and laws relating to, inter alia, construction, machinery, energy, infrastructure, transportation, corporate law, shareholder and post-M&A disputes, intellectual property and international trade. Before founding Manner Spangenberg, Simon Manner was a senior legal counsel with the Nordex Group for almost five years, where he was globally responsible for handling the companies’ disputes and negotiated numerous high-volume construction contracts. Prior to his in-house role, he worked for almost six years as an attorney at a disputes law firm in Hamburg. He holds law degrees from Germany (Freiburg) and Switzerland (Basel, doctor of laws, summa cum laude).