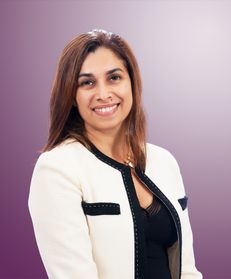 Shaneen has over two decades of experience is a qualified to practice as an advocate and solicitor in India, and also qualified as a solicitor in England & Wales.

She focuses on arbitration (both domestic and international) having represented clients in disputes administered by various international arbitral institutions as also ad hoc arbitrations.

Shaneen also handles commercial litigation in disputes relating to commercial contracts, shareholder issues, infrastructure, power and construction projects, financial and structured products, infrastructure, power and construction projects and white-collar crime. She has also represented clients in various courts and tribunal across India, including the NCLT, High Courts and the Supreme Court of India.

She is a Member of the SIAC Court of Arbitration and the LCIA Users Council.  She also serves as an ambassador of Asia Pacific Arbitration Group of the International Bar Association.

Shaneen has been recommended by Who’s Who Legal as a Future Leader in arbitration and a Notable Practitioner in Dispute Resolution by Asia Law.

Shaneen is also actively involved in dispute resolution-related initiatives, as a speaker at various events and also as a published author.