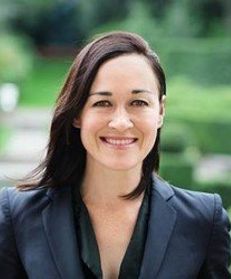 Sarah Grimmer is Secretary-General of Hong Kong International Arbitration Centre. She was formerly Senior Legal Counsel at the PCA where she served as tribunal secretary in multiple investor-State arbitrations and was appointed registrar in several inter-State arbitrations. Prior to joining the PCA, Sarah served for three years as Assistant Counsel at the ICC International Court of Arbitration in Paris. She was also a member of the international arbitration group at Shearman & Sterling LLP in Paris, prior to which she worked in private practice in Auckland. In 2015, Sarah was appointed to the Special Tribunal for Lebanon Disciplinary Board. She is a member of the ICCA-ASIL Task Force on Damages (2016), ICCA Publications Committee (2015), the IBA Investment Arbitration Subcommittee (2014), New Zealand ICC Arbitration Committee (2014), and the IBA Arb40 Steering Committee (2013). She has an LLM from Cambridge University and an LLB/BA (Criminology) from Victoria University of Wellington. She is admitted to practice law in New Zealand.