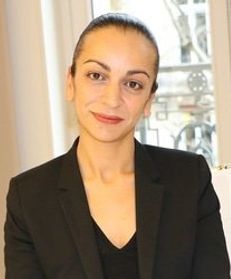 Sabrina Aïnouz is a partner in DWF’s international arbitration group and a member of the ICC International Court of Arbitration. She has extensive experience acting as counsel for states, state-owned entities and private sector companies in investor–state and commercial arbitration in a variety of fields, including energy, mining, construction, telecommunications, agriculture and general commercial. She has represented clients from Africa, Russia, Europe, Central Asia and Latin America in ICSID, ICC, SCC and UNCITRAL arbitrations, with disputed amounts ranging from US$20 million to US$12 billion, as well as in enforcement proceedings and proceedings for the annulment of international awards before ICSID and French courts. Sabrina also advises clients in the negotiation of petroleum contracts, the revision of petroleum laws and the restructuring of their assets worldwide.Before joining DWF in January 2018, Sabrina practised for over 14 years in a leading international arbitration law firm in Paris. Sabrina holds a Master II degree in international dispute resolution (honours), a Master I degree in business law (honours) and a Master I degree in political science (honours) from Paris X – Nanterre University. She is a member of the Paris Bar and the ICC Algerian National Committee. She is fluent in French and English.