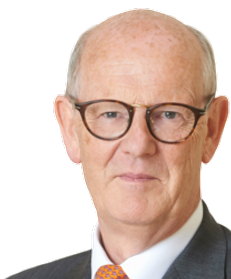 Roger ter Haar QC is an English QC who has practised as a barrister, adjudicator and arbitrator for 40 years at what is now Crown Office Chambers, Temple, London. He has a wide practice that is recognised by such directories as Chambers Directory, which list him as a leading silk (i.e., Queen’s Counsel) for international arbitration, construction and engineering, commercial dispute resolution, insurance, property damage, professional negligence, and energy and natural resources. He has been nominated as Silk of the Year for construction in the United Kingdom twice and also for professional negligence. He was selected as International Arbitration Silk of the Year in 2012. His publications include Construction Insurance & UK Construction Contracts (co-editor), Emden’s Construction Law (contributor) and Remedies in Construction Law (author). He is editor-in-chief of the IBA’s publication Construction Law International. He acts as counsel in arbitration and litigation (current cases include a US$3 billion dispute concerning a construction project in Qatar, a US$2.4 billion dispute concerning a pipeline project in Kuwait, a US$750 million construction dispute concerning an airport in the Middle East and a US$250 million ICSID expropriation arbitration). He also acts as arbitrator and adjudicator, and sits as a deputy high court judge in the Queen Bench Division, Technology and Construction Court, and Administrative Court within the English High Court of Justice. His current workload as arbitrator includes a US$400 million dispute about a LNG project in Australia.