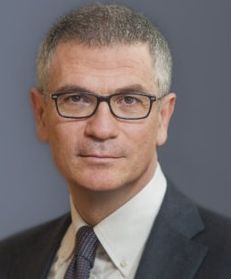 Roberto joined Ughi e Nunziante in 1995 and became a partner of the firm in 2000.
Roberto has extensive experience in the fields of commercial and corporate law, energy and natural resources, litigation and arbitration.
He regularly assists Italian and foreign clients, ranging from medium-sized companies to large multinational groups, in a wide range of matters relating to commercial contracts, M&A transactions, renewable energy, oil and gas, as well as litigation connected thereto.
For more than 20 years he has been involved in arbitration, with specific (but not exclusive) reference to the above subjects. He has served as both referee and president of arbitration tribunals, as well as defender and expert witness. He has been and still is involved in extrajudicial and judicial activities, including national and international arbitrations (ICSID, ICC), statutory and non-ritual, administered (CAM, AIA) and not, which can be accounted for only partly due to confidentiality reasons.
In 1992, he was admitted to the bar and in 2016 he was admitted to practice before the Supreme Court of Cassation and the High Courts.
Roberto has been a research fellow of private law at the University ‘La Sapienza’ in Rome. He has published numerous articles in specialist journals and written several monographs on supply contracts, both public and private, commercial contracts, specifically with regard to sub-contracting, arbitration and oil and gas.
He is fluent in Italian and English.